All NewsBusiness, Financial & LegalCases, Cooling & PSUContests & GiveawaysCPU, APU & ChipsetsDealsDisplays & ProjectorsGamingMotherboardsScience, Space & RoboticsStorageVideo CardsVirtual & Augmented Reality
All ReviewsAll ArticlesAudio, Sound & SpeakersCases, Cooling & PSUCPUs, Chipsets & SoCsComputer SystemsDisplays & ProjectorsGamingMotherboardsNetworkingPeripheralsStorageVideo Cards
GuidesGamingAsk the ExpertsNewsletterAboutForums
RTX 4090Windows 11Halo InfiniteBattlefield 2042Elon MuskGTA 6RTX 3080HDMI 2.1
Video Cards
Last week it was discovered that NVIDIA was redesigning the GTX 295 by reworking things to fit on a single PCB. While it made sense to do so in that it would lower the manufacturing costs, it made little sense due to the cost of re-engineering the card. 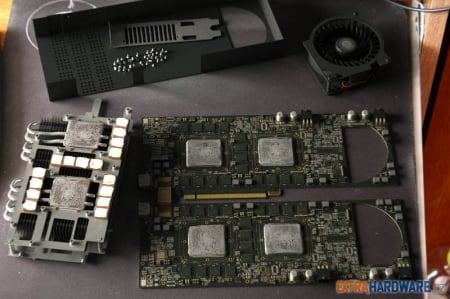 Now it is apparent that NVIDIA has something else up their sleeves. The redesign seems to be a stepping stone toward the release of the GTX 390. The GTX 390 will pair up two of new PCB's, enabling Quad-SLI on a single card. Yep, you read that right. 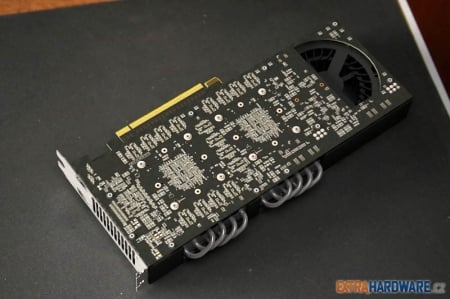 While Extra Hardware (Czech) received permission to give a quick glimpse of the card, it appears NVIDIA didn't want them to say anything else. Unfortunately the only real specs they were able to give on the card were that there is a total of 3584 MB of GDDR3 total, which is still 896MB per GPU. Each PCB has two 6-Pin power connectors for a total of four. 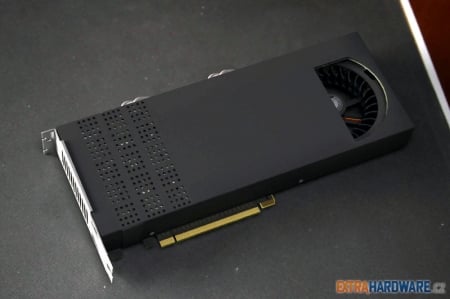 Other than four GPUs in a single card, perhaps the most interesting feature is the display output on the card. Each PCB has a single output for a total of two, however the images make it impossible to tell whether they are HDMI or DisplayPort.