It seems that due to some shoddy handling/construction the $6,000 gaming systems might ship with internal wires that have been stripped or have broken insulation.

This bare wiring has been causing internal parts and outer casings to overheat and in some cases melt.

Acer wants anyone owning a Predator with model numbers ASG7200 or ASG7700 to stop using them and call them for a repair. 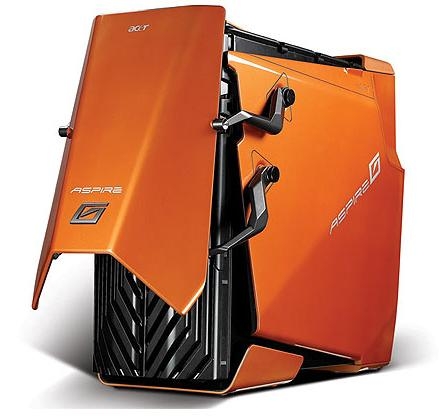 Hazard: The insulation on the computer's internal wiring can become bent or stripped, causing the wires to overheat while the product is in use. This poses a burn hazard to consumers.

Incidents/Injuries: Acer has received two reports of computers short circuiting, resulting in melted internal components and external casing. Neither incident occurred in the U.S. No injuries have been reported.

Description: This recall involves Acer Predator desktop computers. The high-end gaming machines have model numbers ASG7200 and ASG7700. Model numbers are printed on the bottom right corner of the panel on the right side of the system.