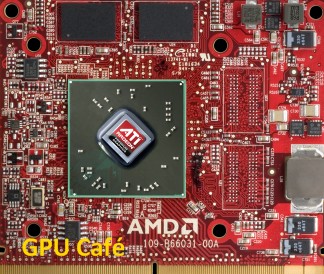 Thanks to GPU Cafe, what we have learned of the Mobility Radeon 4570 is that it is the sibling to RV710, 55nm based with 80 shader processors, 8 TMUs and 4 ROPs on a 64-bit memory interface. AMD/ATI claim a TDP rating of just 13W with this chip whilst giving supposed superior performance to NVIDIA's GeForce G110M solution by as much as 20-30%.
Newsletter Subscription