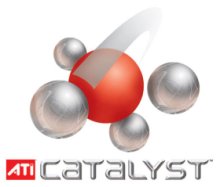 The most noteable addition with the new drivers is the inclusion of full OpenGL 3.0 support, but that should'nt mean much for gamers at the moment as most titles are based around Direct3D or OpenGL 2.x. OpenGL 3.0 brings 10 new extensions and support for the OpenGL Shading Language 1.3 spec which are covered in detail within the release notes.

There's also some Control Center fixes and adjustments made to the video acceleration features as well as various software bug fixes, though very few are to do with games this time around.

You can download the 9.1 Catalyst drivers for both 32 and 64-bit variants of XP and Vista here.
Newsletter Subscription