A fellow by the name of coolice over at Malaysian tech site BreakTheLimit has somehow gotten hold of a Phenom II X4 940 processor and puts it through its paces at its stock speed of 3GHz in a wide array of tests, including Super Pi 1M and 32M, Cinebench R10, PiFast Multithreaded, WPrime 1.5, Aquamark and 3DMark06. 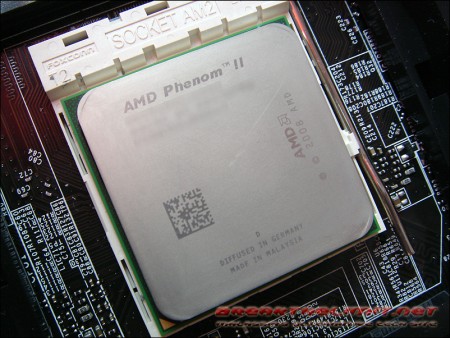 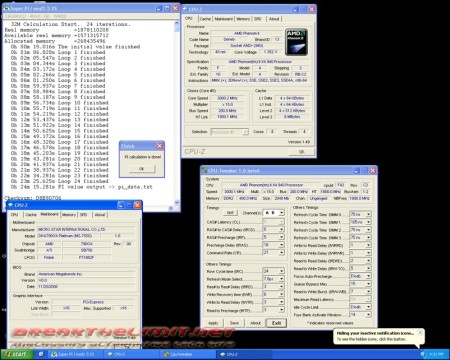 The results aren't all that crash hot; not when compared to the likes of what Intel has on offer. But it looks to be a significant leap forward for AMD nonetheless. You can view the rest of the results and screenshots here.

I should also mention that a fellow over at the HardOCP forums has mysteriously scored one of these Phenom II 940 series chips as well. He kindly shares his experiences with the chip along with a bunch of benchmark screenies at both stock and overclocked (3.85GHz) speeds. 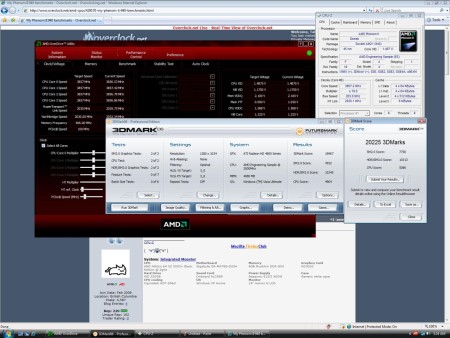 You can view the full thread here.

Sorry for making another thread, not sure if it is the right thing to do but anyways, here is what I have for a system to test things on.

I have super pi runs done now and will do some 3dmark 06 in a few min.