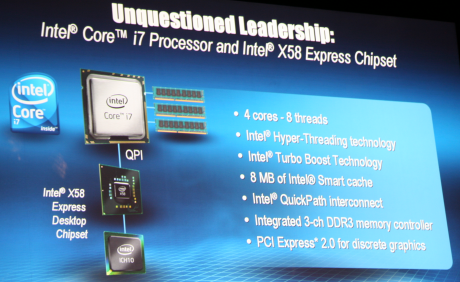 The game used was Lost Planet: Colonies and the fly-by benchmark demo showed the Nehalem based system beating out the present day most high-end Intel processor by around 20%. Take a closer look for yourself in the video below.

Of course, these benchmarks don't mean a whole lot to us as neither do any benchmarks supplies to us by the manufacturer but it's something interesting to see anyway.

You'll get your chance to see our full run-down on the new processor once it launches and the NDA comes off next month.