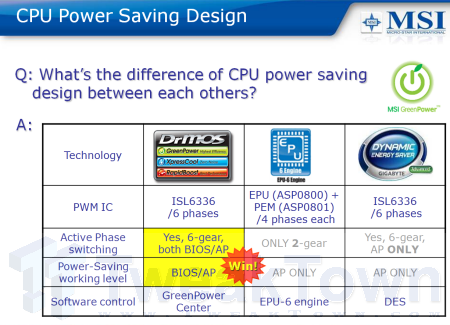 We aren't saying the claims aren't true but we think that is a big call considering the amount of time and effort that both ASUS and GIGABYTE has put into making their boards as green as possible. We would like to see all three put to the test before making any firm calls as to which is best. 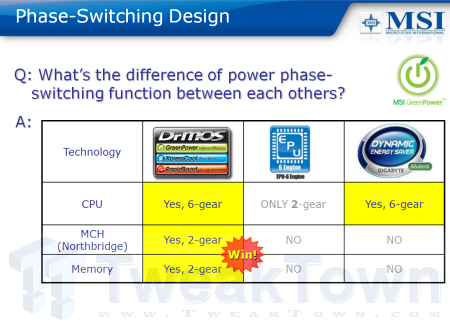 APS is a new feature from MSI designed to complement DrMOS - it's actually already part of the P45 Platinum and will also be included in upcoming P45 NE02 and P45 Neo3 motherboard as well as of course the X58 Eclipse (and others), that we had a close look at right here last week. 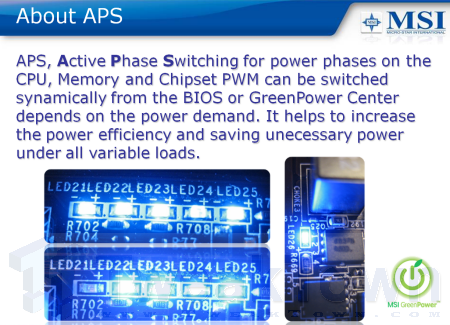 Those mysterious LEDs we saw on the X58 Eclipse are no longer a mystery. As you can see from the screenshot above, they are designed to display how many power phases are being used and as with GIGABYTE boards, MSI has decided to use the same ISL6336 PWM IC chip, so it should work the same way as DES more or less.

MSI claims that it has improved on DES by being able to control APS via the included GreenPower Center application AND the BIOS. The document also mentions that APS includes the same 6-gear CPU switching level as DES but MSI also added 2-gear switching for the Northbridge and memory.