IBM, in collaboration with NVIDIA and Mellanox, today announced the establishment of a POWER Acceleration and Design Center in Montpellier, France to advance the development of data-intensive research, industrial, and commercial applications. Born out of the collaborative spirit fostered by the OpenPOWER Foundation - a community co-founded in part by IBM, NVIDIA and Mellanox supporting open development on top of the POWER architecture - the new Center provides commercial and open-source software developers with technical assistance to enable them to develop high performance computing (HPC) applications. 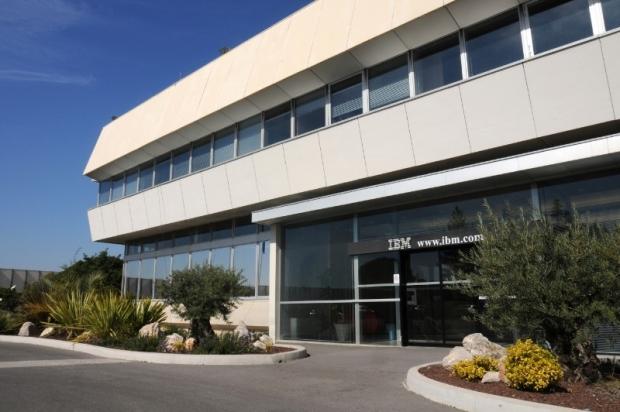 Technical experts from IBM, NVIDIA and Mellanox will help developers take advantage of OpenPOWER systems leveraging IBM's open and licensable POWER architecture with the NVIDIA Tesla Accelerated Computing Platform and Mellanox InfiniBand networking solutions. These are the class of systems developed collaboratively with the U.S. Department of Energy for the next generation Sierra and Summit supercomputers and to be used by the United Kingdom's Science and Technology Facilities Council's Hartree Centre for big data research.

In addition to expanding the software and solution ecosystem around OpenPOWER, this new collaboration between the three companies will create opportunities for software designers to acquire advanced HPC skills and drive the development of new technologies to bring value to customers globally.

The Center will be led by a team of experts from NVIDIA and Mellanox along with leading scientists from IBM Client Center Montpellier (France) and IBM Research Zurich (Switzerland). The Montpellier-based center is the second of its kind, complementing the previously announced center in Germany established in concert with IBM, NVIDIA and the Jülich Supercomputing Center in November.

"Our launch of this new Center reinforces IBM's commitment to open-source collaboration and is a next step in expanding the software and solution ecosystem around OpenPOWER," said Dave Turek, IBM's Vice President of HPC Market Engagement. "Teaming with NVIDIA and Mellanox, the Center will allow us to leverage the strengths of each of our companies to extend innovation and bring higher value to our customers around the world."

"Increasing computational performance while minimizing energy consumption is a challenge the industry must overcome in the race to exascale computing," said Stefan Kraemer, director of HPC Business Development, EMEA, at NVIDIA. "By providing systems combining IBM Power CPUs with GPU accelerators and the NVIDIA NVLink high-speed GPU interconnect technology, we can help the new Center address both objectives, enabling scientists to achieve new breakthroughs in their research."

"The new POWER Acceleration and Design Center will help scientists and engineers address the grand challenges facing society in the fields of energy and environment, information and health care using the most advanced HPC architectures and technologies," said Gilad Shainer, vice president of marketing, Mellanox Technologies. "Mellanox InfiniBand networking solutions offer more than a decade of experience building the world's highest performing networks, and are uniquely based on an offload-architecture. Only Mellanox offloads data movement, management and even data manipulations (for example Message Passing - MPI collective communications) which are performed at the network level, enabling more valuable CPU cycles to be dedicated to the research applications."

As founding members of the OpenPOWER Foundation, IBM, NVIDIA, and Mellanox share a common vision to bring a new class of systems to market faster to tackle today's big data challenges.