Graphics processors, stand-alone discrete devices, and embedded processor-based GPUs are ubiquitous and essential components in all systems and devices today from handheld mobile devices, PCs, and workstations, to TVs, servers, vehicle systems, signage, game consoles, medical equipment, and wearables. New technologies and semiconductor manufacturing processes are taking advantage of the ability of GPU power to scale. The GPU drives the screen of every device we encounter-it is the humane-machine interface. 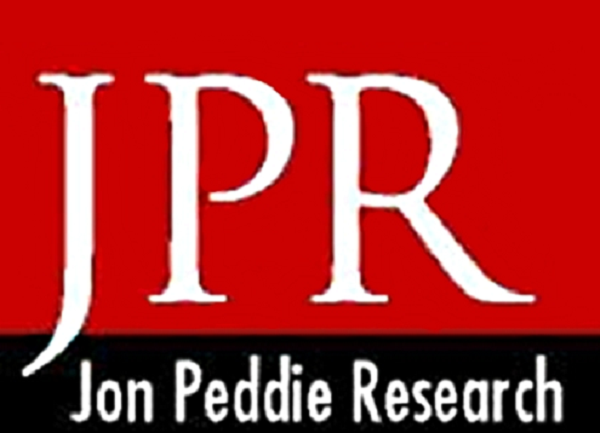 The fourth quarter is typically flat to up in the seasonality cycles of the past and was below the ten-year average of 6.86%.

Q4 is, on average, usually flat or down from the previous quarter. There was an abnormal spike in 2009 after the massive market decline.

GPUs are traditionally a leading indicator of the market, since a GPU goes into every system before it is shipped, and most of the PC vendors are guiding cautiously for Q1'15.

The Gaming PC segment, where higher-end GPUs are used, was a bright spot in the market in the quarter. NVIDIA's Maxwell GPUs continued to show strong sales, lifting the ASPs for the discrete GPU market. 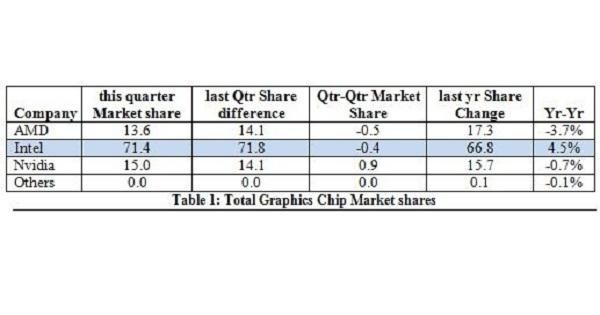 The quarter in general

Total discrete GPU (desktop and notebook) shipments from the last quarter decreased -3.38% and decreased -12.06% from last year. Sales of discrete GPUs fluctuate due to a variety of factors (timing, memory pricing, etc.), new product introductions, and the influence of integrated graphics. Overall, the CAGR for PC graphics from 2014 to 2017 is now 1.5%.

Graphics chips (GPUs) and chips with graphics (IGPs, APUs, and EPGs) are a leading indicator for the PC market. At least one and often two GPUs are present in every PC shipped. It can take the form of a discrete chip, a GPU integrated in the chipset or embedded in the CPU. The average has grown from 1.2 GPUs per PC in 2001 to almost 1.55 GPUs per PC. 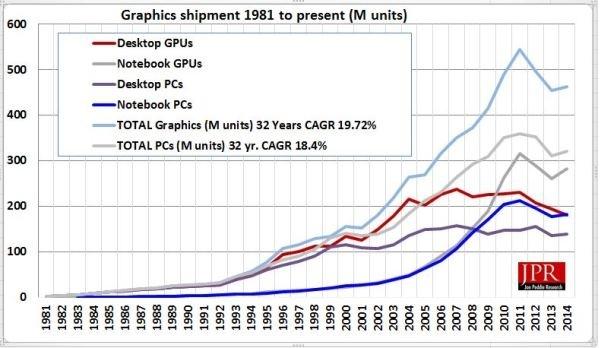 Charts and images here: For PC and mobile device related companies small and large, new to the industry or established, it is critical to get a proper grip on this highly complex technology and understand its future direction. In this detailed 50-page data-based report , JPR provides all the data, analysis and insight needed to clearly understand where this technology is today and where it's headed. This fact and data-based report does not pull any punches: frankly, some of the analysis and insight may prove to be shocking. 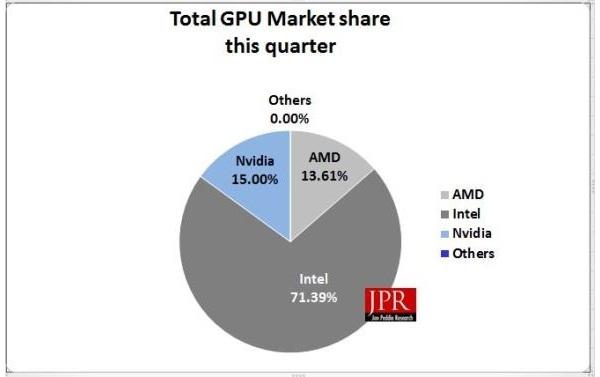 Findings include discrete and integrated graphics (CPU and chipset) for Desktops, Notebooks (and Netbooks), and PC-based commercial (i.e., POS) and industrial/scientific and embedded. This report does not include the x86 game consoles, handhelds (i.e., mobile phones), x86 Servers or ARM-based Tablets (i.e. iPad and Android-based Tablets),or ARM-based Servers. It does include x86-based tablets, Chromebooks, and embedded systems.

The Jon Peddie Research's Market Watch is available now in both electronic and hard copy editions, and sells for $2,500. Included with this report is an Excel workbook with the data used to create the charts, the charts themselves, and supplemental information. The annual subscription price for JPR's Market Watch is $4,000 and includes four quarterly issues. Full subscribers to JPR services receive Tech Watch (the company's bi-weekly report) and a copy of Market Watch as part of their subscription.

Click here to learn more about this major report, or to download it now. Or, for more information call call 415/435-9368 or visit the Jon Peddie Research website at www.jonpeddie.com.

Contact Robert Dow at JPR (Robert@jonpeddie.com) for a free sample of TechWatch.