On the 17th of July, Micron Technology announced the appointment of Warren East to the company's Board of Directors, effective immediately. East served as CEO of ARM Holdings PLC from October 2001 to July 1, 2013. "We are extremely pleased to welcome Warren to our Board of Directors," said Micron CEO Mark Durcan. "Warren transformed ARM during his tenure as CEO, and we are confident his contributions will strengthen our board." 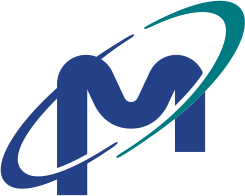 East, who also serves as director of De La Rule PLC, joined ARM in 1994 and later became Vice President of Business Operations. Within three years, he was appointed to the Board as Chief Operating Officer. Prior to ARM, East was with Texas Instruments. "I appreciate the opportunity to serve with the Micron team," said East. "With the acquisition of Elpida, Micron is well-positioned to be a growing, dynamic leader in semiconductor memory and a critical contributor to the success of customers in the storage, mobile and computing markets." East is a chartered engineer, Distinguished Fellow of the British Computer Society, Fellow of the Institution of Engineering and Technology, Fellow of the Royal Academy of Engineering and a Companion of the Chartered Management Institute. He earned bachelor and master degrees in Engineering Science from Oxford University and an MBA and honorary doctorate from Cranfield University.