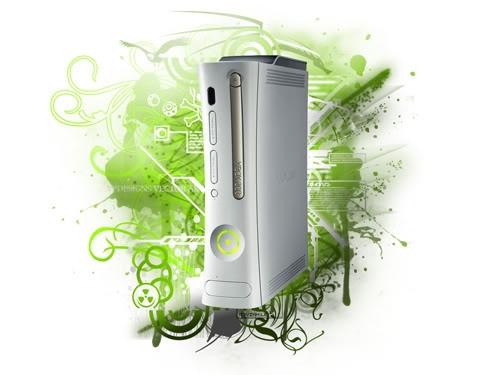 LOS ANGELES - June 6, 2011 - Today, on the eve of the Electronic Entertainment Expo (E3), Microsoft Corp. premiered a spectacular lineup of new games, demonstrating that Xbox 360 continues to deliver the biggest hits and blockbuster experiences - bar none. This year, Microsoft showcased a host of new groundbreaking exclusive titles on Xbox 360, including "Gears of War 3," "Forza Motorsport 4" and the world premiere trailer for "Halo 4." In addition, Microsoft debuted the next installment of the famed "Fable" franchise with "Fable: The Journey," a game imagined from the ground up for Kinect on Xbox 360 by famed developer Peter Molyneux. Fans were also treated to a preview of the Kinect-powered historical epic, "Ryse," created by acclaimed developer Crytek GmbH. Finally, Microsoft revealed that this winter, "Minecraft," the independent PC game phenomenon, is making its console debut exclusively on Xbox 360.

In 2010, the controller-free magic and instant fun of Kinect for Xbox 360 captivated consumers all over the world, making it the fastest-selling consumer electronics device in history. This year, millions of Kinect owners will use their entire body to experience the world's most iconic entertainment brands through "Kinect: Disneyland Adventures," "Kinect Star Wars" and "Sesame Street: Once Upon a Monster." Fans will also get their bodies in motion while playing the successors to the platform's best-selling titles, "Dance Central 2" and "Kinect Sports: Season Two."

With Kinect and Xbox LIVE, Third-Party Blockbuster Games Are Best on Xbox 360

The industry's best creators and publishers demonstrated their commitment to immerse Xbox fans even deeper in the action. On Microsoft's E3 stage, Ubisoft announced that all future Tom Clancy games will be Kinect-enhanced including "Tom Clancy's Ghost Recon Future Soldier." Microsoft further delighted audiences with the first public demonstration of "Call of Duty: Modern Warfare 3" and reminded them that in 2011 and again in 2012, all "Call of Duty: Modern Warfare 3" add-on content will launch first on Xbox 360.

EA SPORTS announced Kinect support for several of its blockbuster titles in 2012, including "Tiger Woods PGA TOUR," "Madden NFL" and "FIFA." In the next 12 months, EA also has several additional titles that will feature Kinect, including "The Sims™ 3 Pets," "Family Game Night 4" and what is sure to be one of the biggest games of 2012, "Mass Effect 3."

"For Xbox, games have always been at the heart of who we are: the world's biggest blockbusters, enduring stories from the world's best storytellers and innovative entertainment experiences that you can't find anywhere else," said Phil Spencer, corporate vice president of Microsoft Studios. "Whether it's Kinect games like 'Kinect Star Wars' and 'Kinect: Disneyland Adventures,' or the latest installments of our most acclaimed and anticipated exclusive franchises like 'Gears of War 3' and 'Halo 4,' our existing fans, and new ones alike, will find something here to delight them and their families."

In addition to all the best titles on Xbox 360, Microsoft also announced new blockbuster entertainment, teaming up with UFC. Starting this fall, Xbox LIVE Gold Members can subscribe to UFC to access live pay-per-view matches, classic fights, interviews and exclusive behind-the-scenes looks into the lives of the world's greatest fighters; it's access to the octagon in an all-new interactive way.

With games and entertainment for every member of the household, Xbox 360 continues to bring the best in interactive entertainment to living rooms around the world with the following:

• "Fable: The Journey" (Lionhead Studios, Microsoft Studios). Set five years after the events of "Fable III," "Journey" takes you on a magical journey with only your loyal horse at your reins, Theresa, the mysterious seer of "Fable III," by your side, and a malevolent evil to defeat before it claims all of Albion. With the power of Kinect for Xbox 360, craft and control magic in a way that can't be done with a controller. "Fable: The Journey" draws players deep into the action and adventure of the "Fable" franchise like never before.

• "Forza Motorsport 4" (Turn 10 Studios, Microsoft Studios). The highest-rated racing franchise of this generation returns, delivering the most expansive and vividly realistic automotive experience across any console. With genre-defining controller-based racing, game-changing Kinect experiences, such as head tracking, and new social features that connect players in ways no other racing game can, "Forza Motorsport 4" is transforming the racing category.

• "Gears of War 3" (Epic Games, Microsoft Studios). "Gears of War 3" wraps up the ambitious trilogy starring Marcus Fenix and Delta Squad. With civilization in ruins, Delta Squad must wage brutal war on two fronts in order to save their world. "Gears of War 3" continues to innovate with new multiplayer experiences on Xbox LIVE,* including the genre-defining cooperative campaign mode and the return of five-player Horde mode. Surpassing more than 1 million copies pre-sold to date, "Gears of War 3" hits store shelves on Sept. 20, 2011, worldwide, except for Japan, where copies go on sale Sept. 22, 2011.

• "Halo 4" (343 Industries, Microsoft Studios). "Halo 4" is the next blockbuster installment in the iconic franchise that's shaped entertainment history and defined a decade of gaming. Set in the aftermath of "Halo 3," Master Chief returns to confront his own destiny and face an ancient evil that threatens the fate of the entire universe. A new trilogy begins when "Halo 4" releases in 2012.

• "Kinect Sports: Season Two" (Rare, Big Park Games, Microsoft Studios). The sequel to last year's No. 1 hit for Kinect is back with more full-body action, featuring six new sports: American football, golf, baseball, winter skiing, darts and tennis. Whether you want to go for a hole-in-one in golf, throw a Hail Mary touchdown pass in American football or compete against a friend during a few sets of tennis, "Kinect Sports: Season Two" has something to appeal to everyone.

• "Kinect Star Wars" (Terminal Reality, LucasArts/Microsoft Studios). Drawing on iconic action from many of the "Star Wars" major motion pictures, "Kinect Star Wars" allows to you to physically experience training and battling as a Jedi, using the Force and battling with a lightsaber like never before, thanks to the full-body recognition of Kinect.

• "Mass Effect 3" (BioWare, Electronic Arts). The galactic war has begun. An ancient alien race known only as the "Reapers" has launched an all-out invasion of the galaxy, leaving nothing but a trail of destruction in their wake. Earth has been taken, the universe is on the verge of total annihilation, and you, as Commander Shepard, are the only one who can stop them. Whether you are playing with a controller or through new voice recognition technology made exclusively for Kinect on Xbox 360, "Mass Effect 3" allows you to immerse yourself in the Mass Effect universe like never before, as you decide how to rally the forces of the galaxy in a game that will react to each decision you make.

• "Minecraft" (Mojang, Microsoft Studios). Known for its limitless possibilities, "Minecraft" will come to life this winter in a whole new way through the magic of Kinect and also feature cross-functionality between the PC and Xbox 360 versions.

• "Ryse" (Crytek, Microsoft Studios). Be the warrior in this cinematic, visceral, action-packed experience that brings ancient Rome to life through the stunning visuals and innovative gameplay that Crytek is famous for. "Ryse" defines what's next on Xbox 360 by creating a truly immersive experience that only Kinect can enable.

• "Sesame Street: Once Upon a Monster" (Double Fine Productions, Warner Bros. Interactive Entertainment). Join your favorite Sesame Street characters Elmo, Cookie Monster, Oscar and Grover, and friendly new monsters in a colorful and whimsical storybook adventure filled with learning, discovery and fun. Each chapter is full of life lessons, including friendship, sharing and teamwork. "Once Upon A Monster" features co-op game play so kids can play alone, with each other or with Mom or Dad in this controller-free gaming experience only on Kinect.

• "Tom Clancy's Ghost Recon Future Soldier" (Ubisoft Paris, Ubisoft). Welcome to the U.S. Special Forces' most legendary unit, the Ghosts. Equipped with the most advanced combat technology, track down high-value targets in eight spectacular locales around the world in the latest chapter of the celebrated "Tom Clancy's Ghost Recon" franchise. Teamwork is key, whether it is fighting alongside your teammates in the campaign, Elite Co-op, or multiplayer modes. With the magic of Kinect's body tracking and voice recognition, a special mode called "Gunsmith" will allow gamers to customize their weapons into more than 20 million variations in a way that simply can't be done with a controller alone.

• "Tomb Raider" (Crystal Dynamics, Square Enix Europe). Experience the intense and gritty origins of Lara Croft and her ascent from a frightened young woman to a hardened survivor. Armed with only the raw instincts and physical ability to push beyond the limits of human endurance, start at the beginning of where the "Tomb Raider" adventure all began.

• UFC.** UFC on Xbox LIVE drops you dead center into the octagon, with live pay-per-view events in full HD and exclusive live event experiences. Launching this fall, UFC on Xbox LIVE is the ultimate fan destination with pre-fight coverage and a deep catalogue of past fights to put you closer to the action than ever.

Xbox 360 is a premier home entertainment and video game system. Thanks to the addition of Kinect, Xbox 360 will forever transform social gaming and entertainment with a whole new way to play - no controller required. Xbox 360 is also home to the best and broadest games as well as the largest on-demand library of music, standard- and high-definition movies, TV shows and digital games, all in one place. The entertainment center of the living room, Xbox 360 blends unbeatable content with a leading social entertainment network of nearly 35 million Xbox LIVE members to create a limitless entertainment experience that can be shared at home or across the globe. More information about Xbox 360 can be found online at http://www.xbox.com.

Xbox LIVE is the online entertainment service for your Xbox 360, connecting you to an ever-expanding world of games, movies, TV, music, sports and social entertainment. Xbox LIVE lets you play the best games, enjoy the largest on-demand library on any console, listen to millions of songs and share the fun with friends around the world. Xbox LIVE is also the exclusive home of controller-free online entertainment through Kinect, making your Xbox 360 more intuitive and interactive than ever before. With an active community of nearly 35 million people across 35 countries, Xbox LIVE, together with Xbox 360, provides you with instant access to the entertainment you want, shared with the people you care about, wherever you are. More information about Xbox LIVE can be found online at http://www.xbox.com/live.