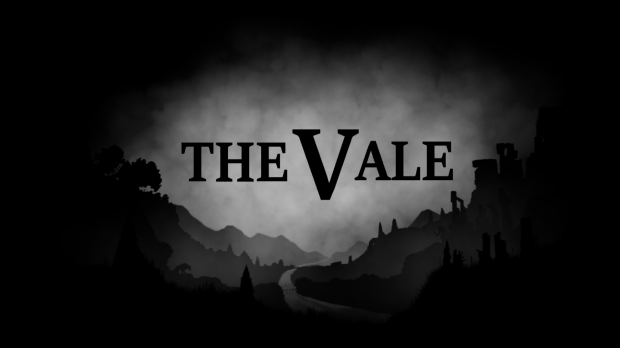 "We're excited to share a project that reflects our passion for exciting and unique entries into the gaming sphere," says Falling Squirrel Owner and Game Director, David Evans. "We hope that through The Vale we are able to remove barriers and demonstrate that creating a gaming experience that is accessible to visually impaired gamers can still engage the sighted community."

Players surround themselves in an emotional story of the second-to-the-throne - blind from birth and newly exiled to the edges of the kingdom as their elder brother is crowned king. Eager for this break from their sheltered existence, the hero experiences their first taste of adventure as they travel to the borderlands. The journey comes to an abrupt halt as hordes of invading troops, ravaging the land and heading towards the capital, attack the hapless caravan. A narrow escape leaves the hero stranded in hostile lands, alone and defenseless. Through the help of a local shepherd, players must master skills, branching magic, befriend companions, and survive the treacherous long and perilous expedition home - one that will reveal startling truths about their kingdom, the land, and the royal family.

Immerse yourself in the mystery of The Vale by watching the latest trailer below - best experienced with headphones:

Accessible Gaming For All: Haptic controller feedback, binaural audio technology, and cinematic voice acting guides players through battle, quests and cut scenes, making this an experience that is accessible to visually impaired and sighted players alike

Diverse Soundscape Environments: The bustle of busy villages, the gentle rustling of leaves through the trees in the forests, the eerie echos of the unknown in dank caves - full 3-dimensional sound surrounds players as they adventure over 20 diverse locations ripe for exploration

Immersive Medieval Combat: Players are immersed in the action in a way that is completely refreshing as enemies attack with random and story-based encounters, boss battles, and more. During combat, intuitive battle clamor guides players towards enemies as they attack and defend against their foes

Meaningful RPG Elements: Presented with a choice of gender and combat styles, players will guide their fully-voiced hero and build their potential as they unlock branching magic paths, loot enemies, hunt animals for valuable items, and visit shops to purchase weapons and armor - each with unique sounds and stats

A Story for the Ages: With branching narratives determined by player choice, over 20 side quests and more than 20 audio cut scenes, players will uncover twists and surprises as they travel the land and speak with the many unique and fully voiced characters they encounter

The Vale will be available for Windows PC via Steam this August. Players who wish to learn more may visit the official website: https://www.fallingsquirrel.com/the-vale.

A full press kit with behind the scenes pictures, video gameplay samples, trailer, and logos is available here: https://uberstrategist.link/The_Vale_Press-Kit.