The Hamburg-based developer Bytro released one of the most iconic units of World War 2 to the online battlefields of their cross-platform title Call of War. The new tactical unit Paratrooper adds a completely new layer of strategic opportunities to the game, as players can for the first time deploy their units behind enemy lines. There are now more than 120 different historical units in Call of War, which players can command in real-time. 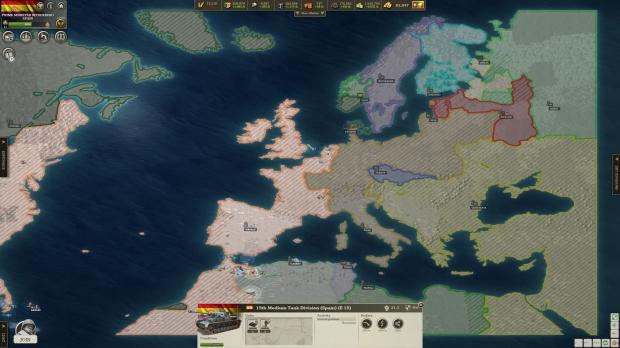 "As one of the most iconic World War 2 units, the Paratrooper was highly desired by our players. We are convinced that listening to the feedback and wishes of players is an integral part of any game's long-term success. This was also the reason why we've decided to have an extended closed Beta for the new unit with loyal players to collect and incorporate their feedback. We are confident that the Paratrooper unit will conquer the Call of War battlefields rapidly." says Tobias Kringe, Managing Director of Bytro.

Call of War is a hardcore strategy game set in World War 2, which was able to win over more than three million players worldwide across different platforms. Players take over the control of one of the mighty nations during the times of World War 2. They conquer provinces, forge alliances and build up their economy. All players strive to become the one true superpower! Fans of strategy board games will love playing Call of War. Every player can play multiple rounds at the same time to try out new strategies.

Call of War is available for the following platforms:

Bytro Labs GmbH is a founder-managed company, which develops and publishes technically sophisticated, browser-based and mobile online games. By now, the games have over 11 million registered users and are available in fifteen different languages. Bytro Labs was founded in 2009 by Felix Faber, Tobias Kringe and Christopher LÃƒÆ'Ã,Â¶rken. They were decorated as 'Founders of the Month' by the state of Baden-WÃƒÆ'Ã,Â¼rttemberg and with the 'Technology Fast 50 Rising Stars' award by Deloitte.