Invercargill, New Zealand, 20 May 2019: Spotted Kiwi today announced that following a successful five-month Open Alpha with over 10,000 active participants, its debut title will be entering Early Access on Steam on 24 May 2019, priced at $19.99 (USD), Ãƒ,Ã,Â£15.49 (GBP), 16.79 (EUR). When a prototype combat robot becomes self-aware, only a group of competing mercenaries can end a war that humanity cannot afford to lose... 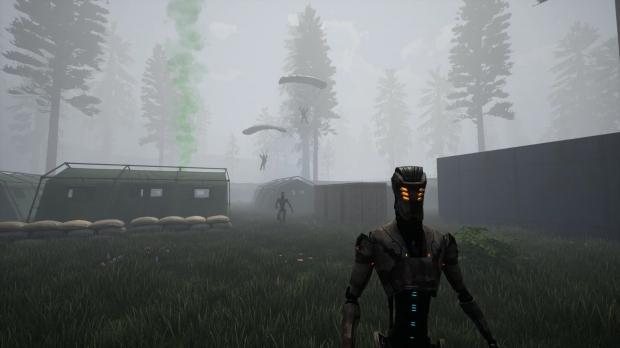 XERA: Survival is an action-focused looter-shooter, designed from the ground up as a multiplayer, open world PvPvE experience with a persistent global gear stash that players can access from within the game and from any server.

It's 2022. The world is in chaos after a prototype combat robot - banned by law and awaiting secure destruction by XERA Corporation - became self-aware, escaped and replicated on an industrial scale. Nation turned on nation in a fight for control over resources. With the attention of the world's military on self-defence, mercenaries and disillusioned combatants have descended on a remote forest region to ransack the remains of XERA's facilities, setting up two forward operating bases on each side of the forest. Between these bases there are no rules of engagement, as for some, nothing less than the future of the human race is at stake; for others, there is a potentially boundless paycheck. For all, the only imperative is survival.

Players venture out in search of glory, revenge, salvation or political leverage - and loot. Scavenge for weapons, ammo, food and water, medical supplies; craft the tools you need to survive a harsh and unforgiving forest environment. Deploy drones to scout, transport - or close the business a bullet left unfinished. And when you're ready to store your loot - just make it back alive to either base.

XERA: Survival lets players choose their own pace of play from session to session. Use the night / day cycle or dynamic weather systems to your advantage - sneak about avoiding PvP combat and build your resources, focusing on PvE takedowns to scavenge the best loot. In the base you can trade safely with other players, or save to your server-side stash, which is persistent across servers globally. Alternatively, you can choose to tool up and raid as a lone wolf or teamed with up to three buddies. Take part in giant PvPvE compound events or missions you pick up from NPCs back in the base. And all the while, lose just the equipment you brought with you in the event you meet an untimely death - getting straight back into the fight, dropping where you want in the 4x4km world using regular helicopter insertions from the bases.

XERA: Survival is developed by Spotted Kiwi Interactive, an independent development company based in the deep south of New Zealand (Aotearoa) with a community-focused development ethos. Following an extensive Open Alpha period, the game is ready for Early Access and will continue to be enhanced and improved based both on existing development plans and suggestions and feedback from the community.

Founded in 2018 by Invercargill-based software developer Joshua Harrington, the company's debut title was inspired by the closure of a fan-favourite action-oriented survival game. Its pre-Alpha build attracted investment from Activision veteran Tim Ponting, who joined later in the year as Marketing Director. Spotted Kiwi Interactive is a community-focused development company that harmonizes its own creative vision with that of its players.