ATLANTA - May 16, 2019 - Super Smash Bros. all-stars including Salem and Team Liquid's dabuz will square off at MomoCon 2019 for a piece of $10,000 in prizes. Taking place Thursday, May 23 - Sunday, May 26 at the Georgia World Congress Center in Atlanta, the fifteenth annual MomoCon will host Super Smash Bros. Ultimate and Melee tournaments and more than 45 competitive events across consoles and PC. 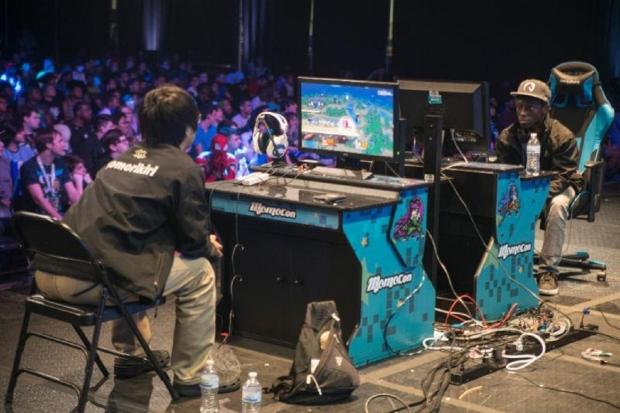 The heavyweights at MomoCon 2019 include Melee savants Wizzrobe, S2J, and Colbol, as well as Ultimate pros like dabuz, Salem, and Tweek. The 2019 entrant pool cap of 1,280 towers over 2018's 400, allowing more challengers than ever to seek glory and prizes.

GYO will up the ante on competing at MomoCon with a hunt for the next Apex Legends pro players. Three players who participated in GYO's Road to MomoCon combine and play in the tournament at MomoCon will be drafted to form the official GYO Apex Legends squad.

A parnership with Retro World Game Series brings tournaments for titles including Killer Instinct, Marvel vs. Capcom 2, and Halo: Combat Evolved to MomoCon. Meanwhile, NBA 2K19 royalty will compete for the championship crown in the Electronic Ballers League flagship finals.

Experts from Waveform and Blizzard will share insight on subjects from finding a job in the industry to team management and event production in panels. Atlanta Reign, one of 2018's brand-new Overwatch League teams, will also be on-hand, with support player Kodak and coach Casores revealing what goes into preparing for high-pressure games.

MomoCon 2019 welcomes Zeldathon for "Piece of Heart," a live marathon benefitting St. Jude Children's Research Hospital featuring randomizer speedrun races, playing Breath of the Wild with donation-driven distractions, and more. Zeldathon has raised more than $2.2 million for charity with playthroughs and speedruns of The Legend of Zelda masterpieces to date.

"The gaming community has done a lot of good for charity over the years, both in and out of competitive circles, and MomoCon is honored to be part of that tradition," said Chris Stuckey, co-chair, MomoCon. "The speedrun races are just one small portion of our competitive events, but whether the events are for charity or prizes, we hope everyone will have a great time watching or participating."

Founded in 2004 by Jessica Merriman and Chris Stuckey, then students at Georgia Tech, MomoCon has grown from a 700 person on campus event to the largest event in the southeast United States for fans of video games, animation, cosplay, comics and tabletop games.