Austin, Texas -- May 16, 2019 -- World War 2-based virtual reality real-time strategy game Final Assault is now available on Steam with cross-platform support for Oculus, HTC Vive, and Windows Mixed Reality. In Final Assault, players are able to take over all aspects of battle with a 360-degree overview and full real-time control in this competitive cross-platform multiplayer VR experience.

Whether in multiplayer or the game's unique campaign mode, players can decide their own war strategies by maintaining their ground and attacking with troops, tanks, and ground artillery or take their battles to the air with planes and bombers. With more than 14 different maps and two different armies to choose from, Final Assault presents a fully immersive and controllable battlefield to players. Final Assault is out now on Steam for $29.99. 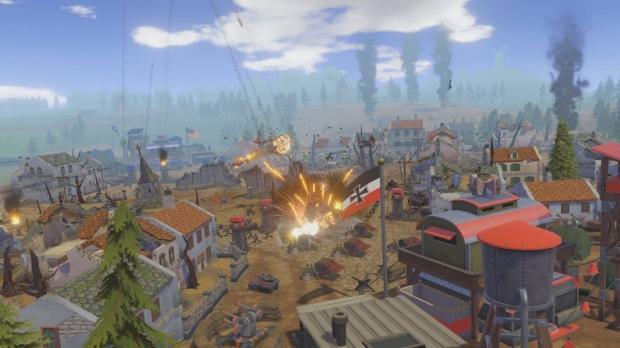