KINGDOM HEARBEATS on All Stores

The track list for KINGDOM HEARTBEATS is as follows:

"I've always loved the fluid and soulful nature of the music from KINGDOM HEARTS," notes producer RoboRob. "My main focus when diving into this project was to capture nostalgia while subverting expectations. Electronic dance music has so many sub-genres. With the help of several talented vocalists and producers, we tackled multiple styles while adding a personal degree of grit and attitude to these classic songs that I think fans of the game's original score and electronic music fans alike will enjoy."

RoboRob is a multi-genre producer/DJ currently based out of Tampa, Florida. He's successfully remixed music from videogames such as Sonic Mania, Overwatch, Undertale, Chrono Trigger, and more. RoboRob loves to collaborate with other artists and release tracks that highlight his production style.

He has toured the nation, played multiple music and anime conventions and raves, most recently to include South by Southwest (SXSW), Dallas Anime Expo, OniCon, MAGWest, and MAGFest. RoboRob has shared stage with artists such as: Tiesto, Benny Benassi, Excision, Global Deejays, Hyper Potions, Varien, Hieroglyphics, Mega Ran, and more.

Find his music on Spotify, iTunes, Bandcamp, and Soundcloud.

Materia Collective is a Seattle-based videogame music publisher and label, representing an international array of renowned video game musicians, composers, and songwriters. The collective supports its members with the financial, legal, logistical, and creative aspects of bringing videogame music into the forefront. The company has become known within the industry as a representation of highly innovative game music endeavors that move and inspire. 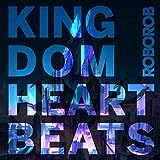