SHENZHEN, China, May 9, 2019 - Empowered by leading smartphone brand Vivo, Southeast Asia's best PUBG MOBILE teams, including RRQ Athena from Thailand (the global champion of PUBG MOBILE Star Challenge 2018) began their battle in the PUBG MOBILE Club Open SEA League 2019 (PMCO 2019 SEA League) starting May 8, 2019. Vivo's official smartphone will be the secret weapon for gamers as they battle their way for not only the coveted Chicken Dinner, but also part of a $2.5 million USD prize pool in the inaugural PMCO 2019 SEA League. 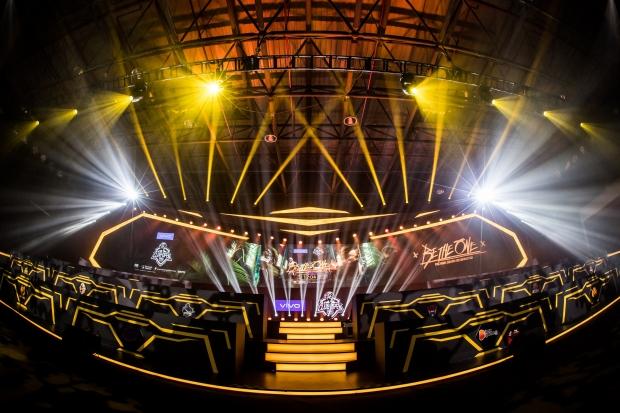 This global partnership reinforces Vivo's commitment to bring the ultimate gaming experience to fans but also realize the ambition to redefine creativity and shape the future of the eSports industry. From PMCO 2019 SEA League's individual matches, Vivo has been at the forefront of elevating the growth of esports in the region through providing highly competitive gaming products.

The partnership with PUBG MOBILE is a landmark achievement given that it is the leading mobile game developed by Tencent Games and PUBG Corporation which has over 200 million fans per download excluding China, Korea, and Japan. Vivo would be empowering the best gamers in the region in their conquest for glory. This is a meaningful partnership for the brand, especially given that many Vivo fans are gamers as well.

Vivo will provide the official smartphone for the PMCO 2019 SEA League and this will ensure the ultimate gaming performance. For instance, its V15Pro comes with the Multi-Turbo Engine that delivers optimum performance during even the most intense mobile game play. It combines several turbos namely Center Turbo, Net Turbo, Cooling Turbo, AI Turbo and Game Turbo to ensure a smooth-running user experience. Topping it off, V15Pro's Ultra FullViewÃ¢"Â¢ Display provides gamers with an uninterrupted, immersive view while defeating their enemies.

There are a few familiar faces among the teams who qualified to the PMCO 2019 SEA League. For instance, RRQ Athena from Thailand has gained a lot of support and we shall see how they perform.

The PMCO 2019 will culminate this July, as the top 16 teams will compete in the Spring Split Global Finals in Berlin, Germany. Another Fall Split is planned for later this year.

The PMCO 2019 Spring Split began in March, with more than 30,000 teams from around the world participating in official in-game qualifiers for a chance to earn a spot in the Spring Split Group Stage in their respective region.

More information about PMCO 2019 can be found here.

Vivo is a leading global technology company committed to creating trendsetting smart mobile products and services. Vivo is devoted to forming a vibrant mobile internet ecosystem, and currently owns and operates an extensive network of research operations, with R&D centers in the US (San Diego) and China (Dongguan, Shenzhen, Nanjing, Beijing and Hangzhou). These centers focus on the development of cutting-edge consumer technologies including 5G, AI, mobile photography and next-generation smartphone design.

Vivo has over two hundred million users enjoying its mobile products and services around the world. Vivo is present in 18 markets globally and features offline retail stores in over 1,000 cities worldwide.

PUBG MOBILE is developed by Tencent Games and PUBG Corporation and based on PLAYERUNKNOWN'S BATTLEGROUNDS, the original PC and Xbox One gaming phenomenon that took the world of interactive entertainment by storm in 2017. Up to 100 players parachute onto a remote island to do battle in a winner-takes-all showdown. Players must locate and scavenge their own weapons, vehicles and supplies, and defeat every player in a visually and tactically rich battleground that forces players into a shrinking play zone.