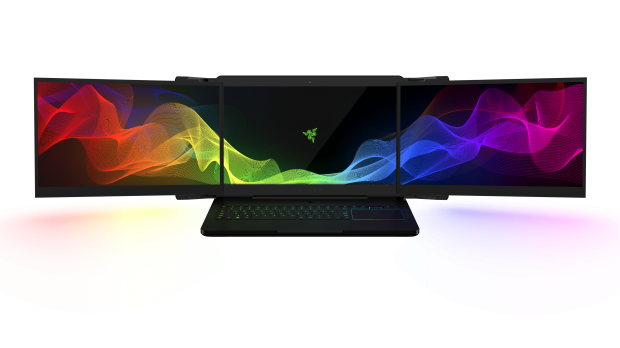 Project Valerie uses an automatic deployment mechanism designed by Razer. Each display mechanically slides out of the side of the main screen and adjusts into place, making it easy for users to deploy. With integrated multi-monitor support, users will no longer have to deal with the cable clutter from traditional desktop setups. The result is a clean gaming and working environment that's just as easy to maintain.

"The complexities of a traditional multi-monitor setup are a thing of the past with Project Valerie," says Razer co-founder and CEO Min-Liang Tan. "Equally important, the power of a desktop computer and graphics capabilities of three top-end monitors are included in the system. There is no shortcoming in the way of performance in the face of its amazing portability and features."

Project Valerie adds to the professional capabilities of the new 17-inch Razer Blade Pro. The system was conceived with enthusiasts and power users in mind who want multitasking capabilities and desktop performance on the go. Packed with more screens than previously possible in a notebook, Razer's Project Valerie is capable of handling virtually any PC task, anytime, anywhere.

Project Valerie retains the remarkable thermal management system for which Razer's line of laptops is known. A custom-designed fan and dynamic heat exchangers pair with a vapour chamber to maximise heat dissipation. 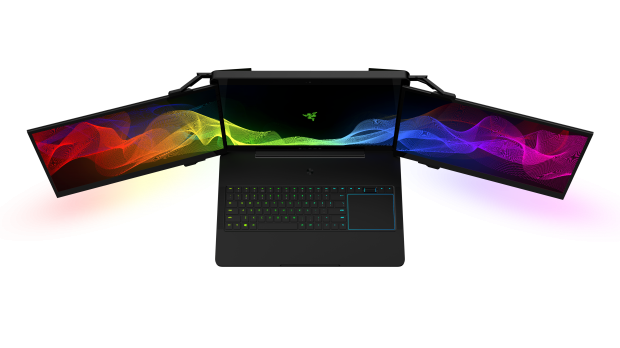 Project Valerie is the second Razer notebook to utilise Razer's Ultra-Low-Profile Mechanical switches. Each switch features a true actuation and reset point. Key presses are registered with 65 grams of force, mimicking the feel of full-size mechanical keyboards. The keyboard, trackpad, extended monitors are also Powered by Razer Chroma, which unlocks a virtually endless array of dazzling lighting effects that can be customised by the user or synced to in-game events.

Similar to Razer's newest systems, Project Valerie equipped with NVIDIA GeForce GTX 1080 exceeds the minimum hardware requirements of HTC Vive and Oculus Rift, making it one of the most immersive, mobile VR-ready devices for enthusiasts and developers.

"Multi-monitor desktop set-ups are becoming more necessary for professionals, creators, and gamers," says Min-Liang Tan, Razer co-founder and CEO. "For the first time, we've engineered a solution that users can take with them. Project Valerie promises all of the functionality of three screens and none of the hassle." 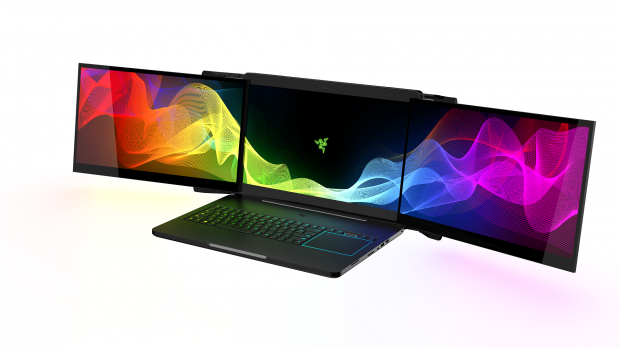 Razer won official "Best of CES" awards with other systems innovations in the past, including the Razer Switchblade, Project Fiona and Project Christine concepts. The Razer Edge tablet won the CES "Best of Show" in 2013, besting a field of more than 20,000 electronic devices at the world's most prestigious tech tradeshow.

For more information on the Project Valerie, and to register for announcements, visit razerzone.com/projectvalerie. 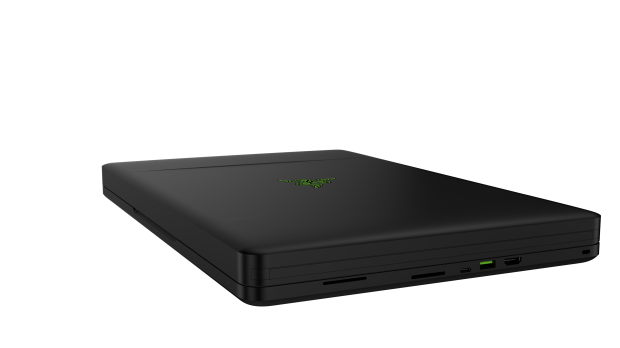