The Entertainment Software Association (ESA) today unveiled plans for a new public event specifically for gamers. E3 Live, occurring June 14-16, 2016, will bring thousands to a fan engagement event at L.A. LIVE, enjoying video games, music, competitions, and video game swag from some of the biggest names in the industry. 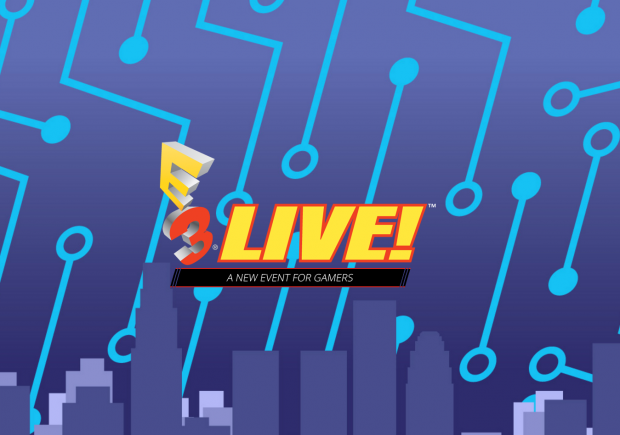 "The biggest event in video games is bringing gamers to the next level. We are excited to introduce E3 Live, a new, high-energy video game event that brings some of the best in video games directly to fans," said Michael D. Gallagher, president and CEO of ESA, the trade association that represents the U.S. video game industry and owns E3 and E3 Live. "E3 Live will give gamers the chance to test-drive exciting games, interact with some of their favorite developers, and be among the first in the world to enjoy groundbreaking game experiences. For fans of video games, this will be an event like no other."

"We're excited to be back at E3 this year in new and exciting ways, and to be a part of the inaugural E3 Live event. Every day, Facebook connects people with the games and content they love, and gives them the power to share. E3 enthusiasts and the gaming industry will be offered a front row seat into this experience by joining us at L.A. LIVE, and are invited to continue the conversationon Facebook and Instagram," said Peter Jonas, director, North America Gaming at Facebook.

Gamers attending E3 Live will also have the opportunity to attend Pokemon: Symphonic Evolutions. This extraordinary event is the must-see video game concert of the year, providing Pokemon fans the remarkable opportunity to experience the music of Pokemon live.

"After 20 years of making kick-ass gaming tech, one thing we've learned is that it's all about having fun," said Frank Azor, general manager, Alienware. "This inaugural E3 Live event should be a blast and we're excited to send our decked out Alienware truck with our latest and greatest gear to add to what is sure to be a fun event for us all!"

Tickets are limited and a sold-out crowd is expected. Gamers should get tickets and sign-up to receive more information on E3 Live by going to www.E3LiveLA.com. Entertainment and celebrities will be announced to those who sign-up at E3 Live's website. A full list will be provided before the event, but participating companies include:

"As E3's official live streaming partner, it's great to see them continuing to evolve this tentpole event," said Benjamin Vallat, vice president of business development at Twitch. "Since the heart of Twitch has always been our platform's accessibility to all members of the gaming community, we love that everyone will now have the opportunity to check out the latest games and connect with each other at E3 Live."

With more than 20,000 consumers expected to attend, E3 Live will be situated at Downtown Los Angeles' sports and entertainment district, L.A. LIVE, located adjacent to the Los Angeles Convention Center and across the street from STAPLES Center. E3 Live will give consumers the opportunity to play the latest games, interact with industry personalities, buy the most sought after collectibles, and engage other gamers in their favorite games. The event will kick-off with an evening concert on Tuesday, June 14 and run through Thursday evening.

While E3 Live is open to the ticketed public, E3, inside the Los Angeles Convention Center, will remain a trade-only event open to qualified industry professionals only. Companies interested in exhibiting at E3 Live should visit: www.E3LiveLA.com.