We've already seen how the new Catalyst Omega drivers perform at 1080p on our Radeon R9 290X Crossfire setup, so why not test them out at 4K? 4K provides us with a much harsher test environment, pushing four times as many pixels down onto the cards. 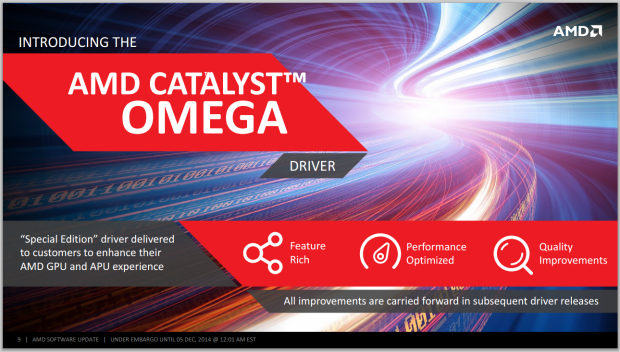 Let's see how the new Catalyst Omega drivers handle that type of pressure, and whether we see a redemption from the Omega drivers, as we didn't see much in the way of increased performance at 1920x1080, so let's see how 3840x2160 goes. 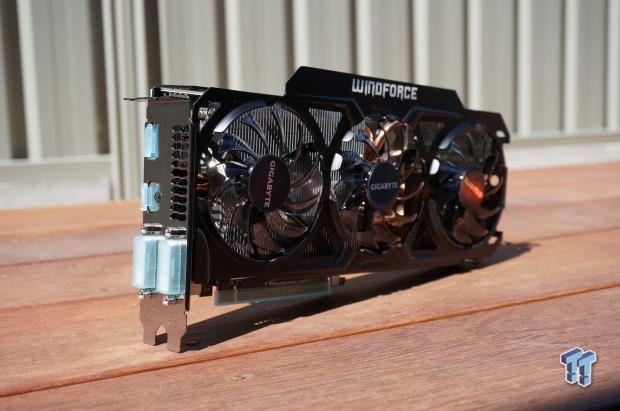 We want to see how these drivers go, so we're pushing the games to their limits as we always do. I haven't had much time with the drivers, so to get them out on time for the NDA, I've limited this article to 1080p testing only. I will release a future piece that will look at 1440p and then 4K. After that, we might take a look at Crossfire results, and then before the end of the year I hope to have my hands-on some SAPPHIRE Radeon R9 290X 8GB cards, which should be pretty damn awesome in Crossfire.

For now, we will be cranking everything up in 1080p to see how these new Catalyst Omega drivers hold up, in synthetic benchmarks like 3DMark and Heaven, as well as our usual slew of gaming benchmarks.

These are staple benchmarks, so let's see how the new Catalyst Omega drivers handle them. I'm expecting a 5-10% jump in performance, without looking at any of the slides for 3DMark or Heaven. Let's see how we go.

We're going to be running 3DMark and Heaven at 1080p, with everything cranked to maximum, including in-app anti-aliasing to its maximum setting. Let's see this Radeon R9 290X get hot, shall we? 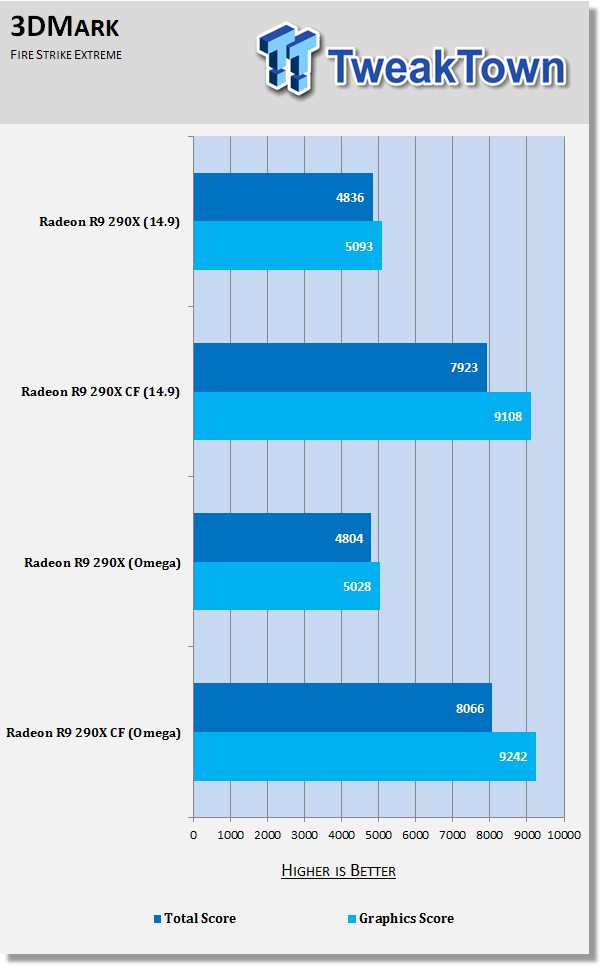 Single: Our first test out of the gate and we see a decrease in the Fire Strike Extreme test on 3DMark, but this is only the start, things will get better as we move on.

Crossfire: I didn't think we'd see much improvement in 3DMark, but we do have an improvement. While it might not be a big one, it's better than nothing at 4K. 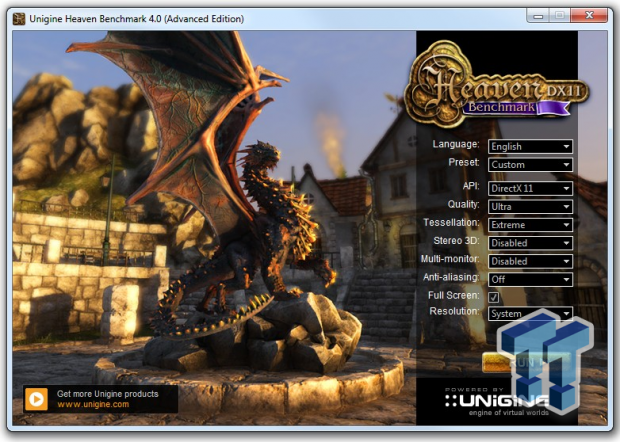 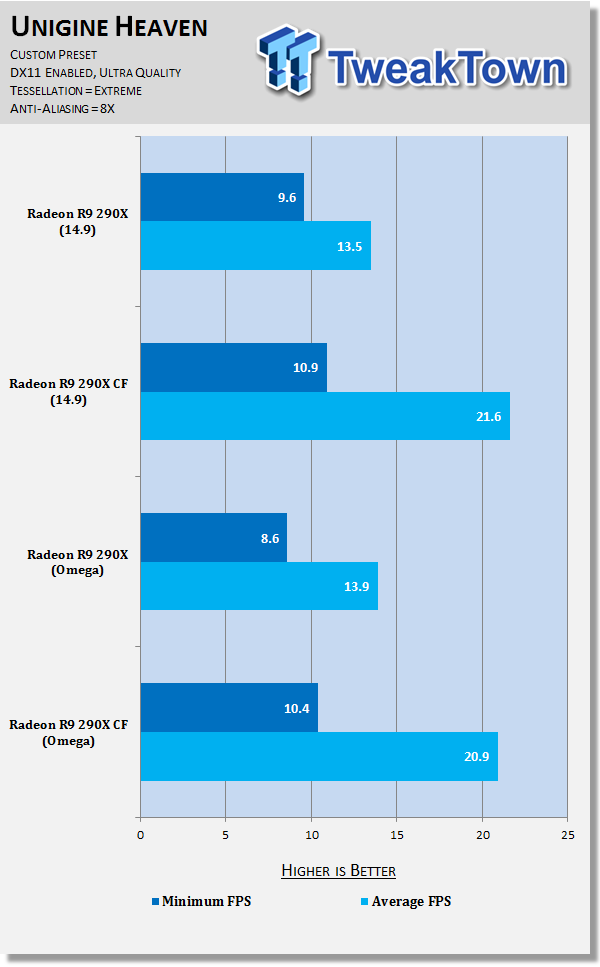 Crossfire: Heaven is funny enough as it is, with the minimum FPS dropping by 0.5FPS, while the average drops by 0.7FPS. It's not much as this is a synthetic benchmark, but the drop is interesting. 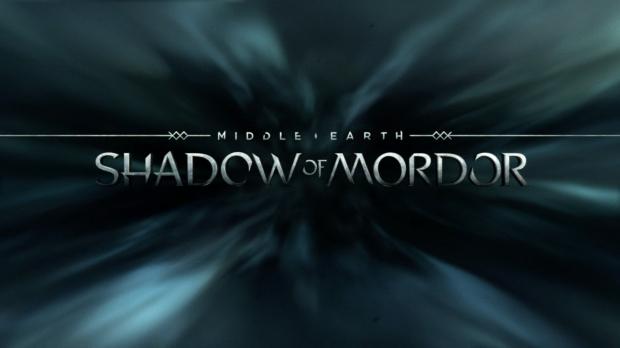 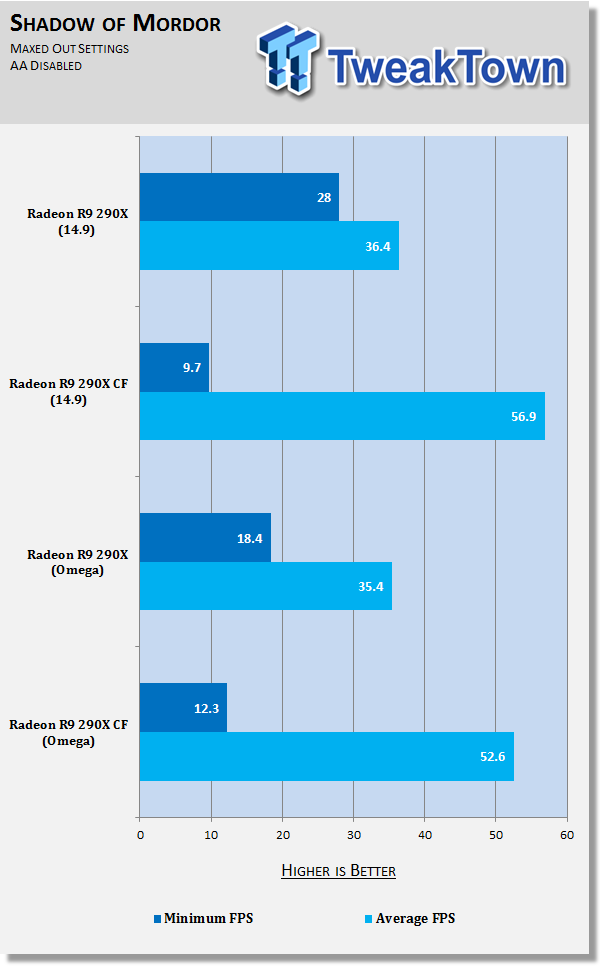 Single: The minimum FPS dropped considerably on our single R9 290X, from 28FPS to 18.4FPS. The average FPS stayed consistant, at 35.4FPS down from 36.4FPS on the older drivers. 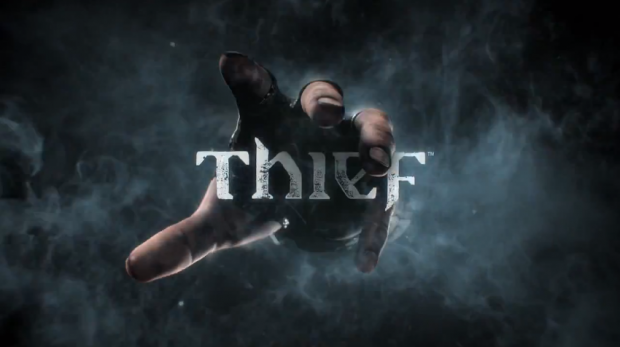 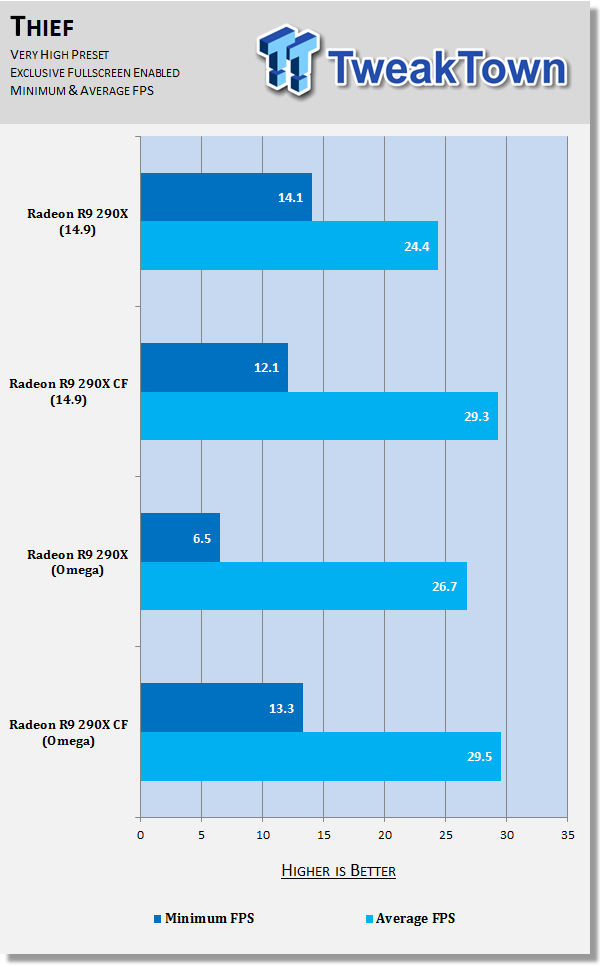 Single: Like Shadow of Mordor, Thief dropped the ball on our single GPU tests with minimum FPS - down from 14.1FPS to 6.5FPS. The average was better on the new Omega drivers, up from 24.4FPS to 26.7FPS.

Crossfire: Thief doesn't see much of an increase in our R9 290X Crossfire setup, with the minimum FPS changing by a little over 1FPS, while the average FPS changes by just 0.2FPS. Better than nothing. 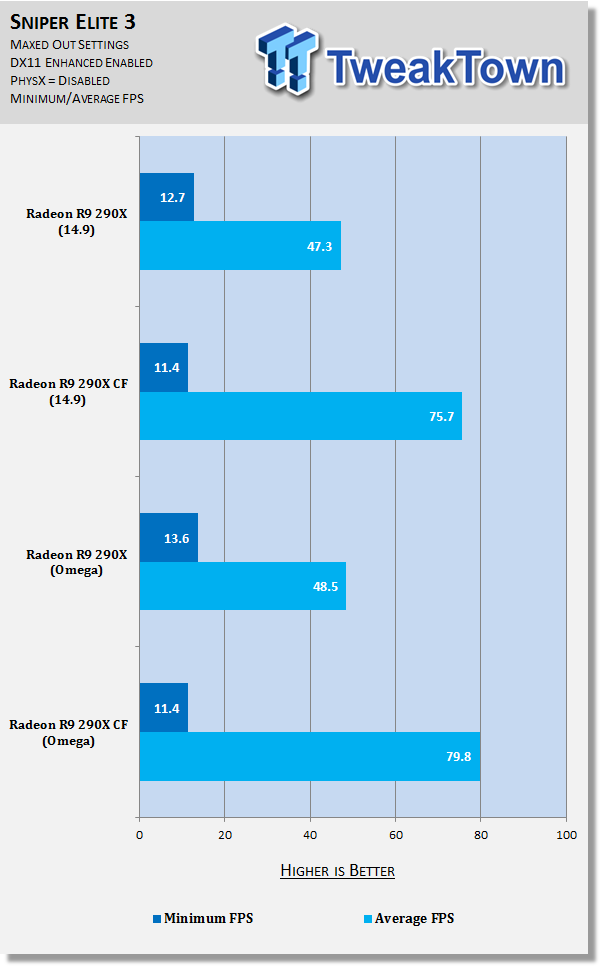 Single: We see some slight improvements with the new Omega drivers at 4K on a single R9 290X, with minimum numbers moving from 12.7FPS to 13.6FPS and average frames moving from 47.3FPS to 48.5FPS.

Crossfire: We see the minimum FPS stay completely stable at 11.4FPS, while the average FPS jumps up on the Omega drivers, from 75.7FPS to 79.8FPS. 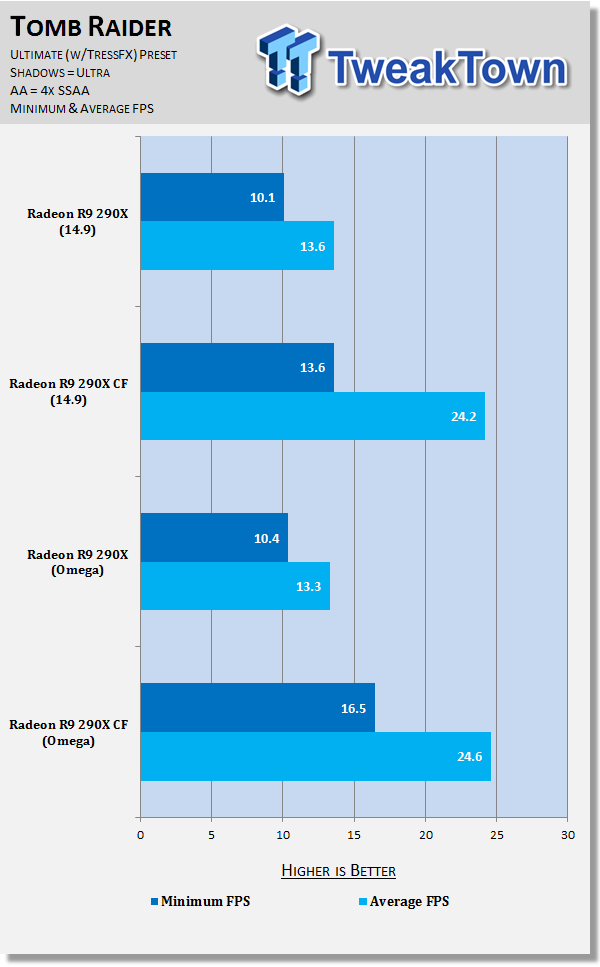 Single: We don't see much shift here on Tomb Raider with the new Catalyst Omega drivers at 4K, with a 0.3FPS improvement in minimum FPS, and a 0.3FPS decrease on average FPS.

Crossfire: We see a very nice improvement in minimum FPS with the fresh drivers, increasing from 13.6FPS to 16.5FPS. The average frames also jumped, ever so slightly, from 24.2FPS to 24.6FPS. 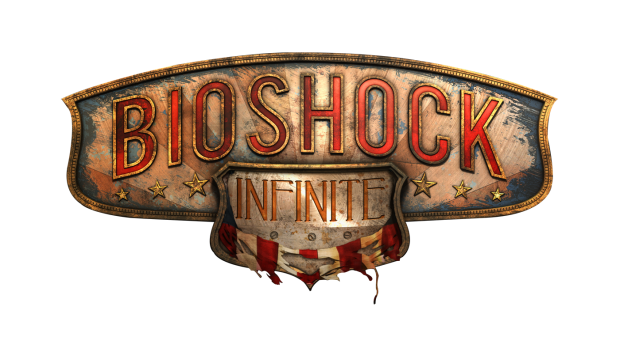 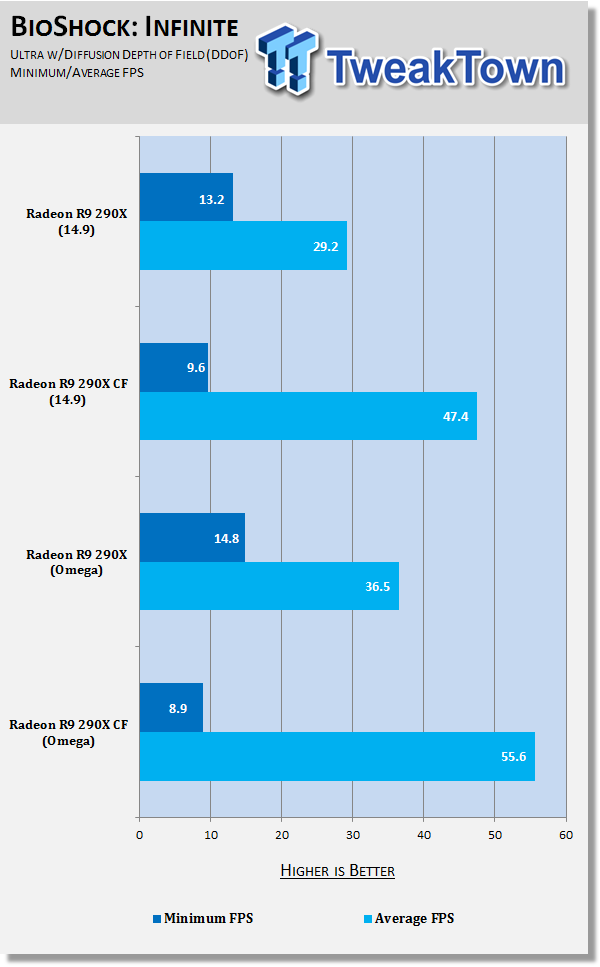 Single: Some big improvements for the Unreal Engine-powered BioShock Infinite, with 1.6FPS more minimum FPS and a big jump from 29.5FPS average to 36.5FPS average on the new Catalyst Omega drivers at 4K.

Crossfire: A single frame per second drop for the minimum FPS, but the average FPS jumps, well actually, leaps from 47.4FPS to 55.6FPS with the new Omega drivers. A nice result from a new set of drivers for BioShock Infinite. 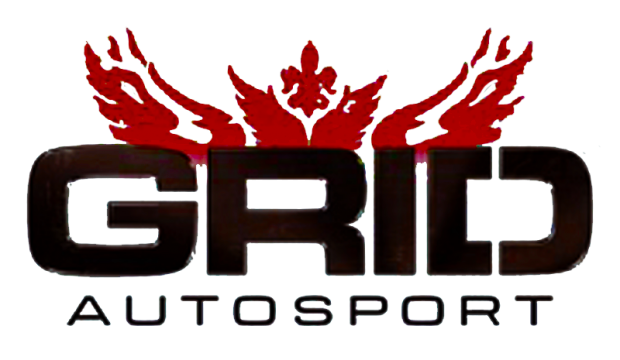 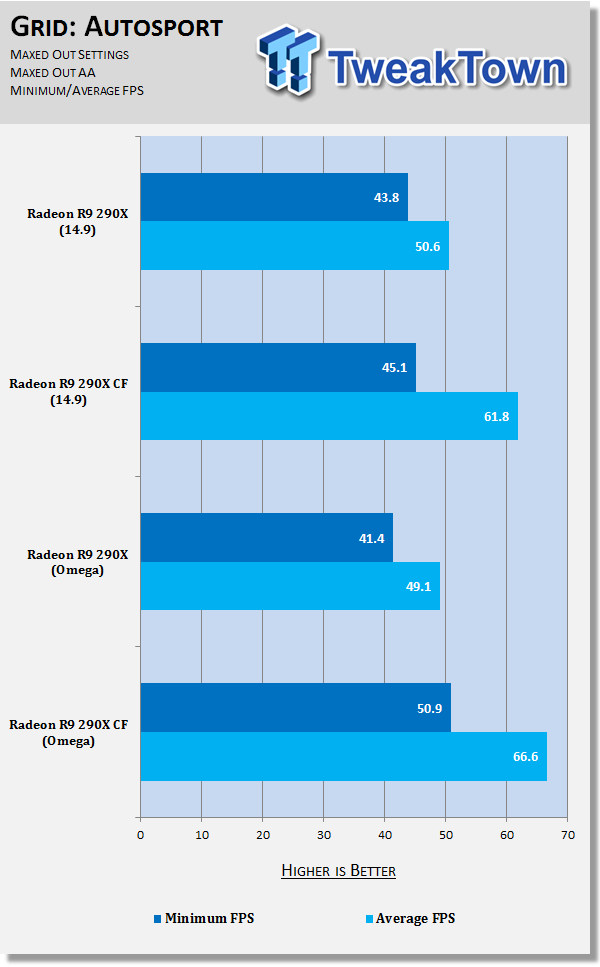 Single: We see a slight reduction in minimum FPS with the new drivers at 4K, as well as a single frame per second lost on the average FPS with GRID Autosport.

Crossfire: A very nice 5.8FPS increase in minimum FPS, or over 10% for GRID Autosport at 4K with the new Omega drivers. We also scale right up to 66.6FPS (hello, Satan) average, up from 61.8FPS on our previous set of drivers on Crossfire. 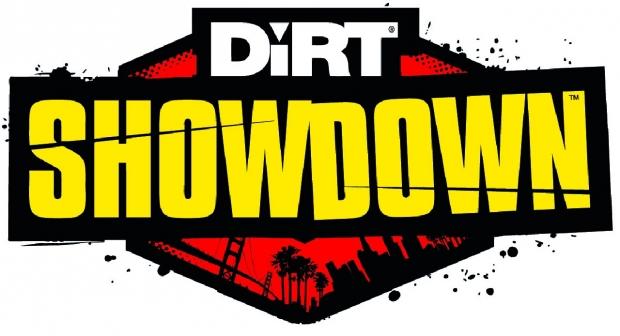 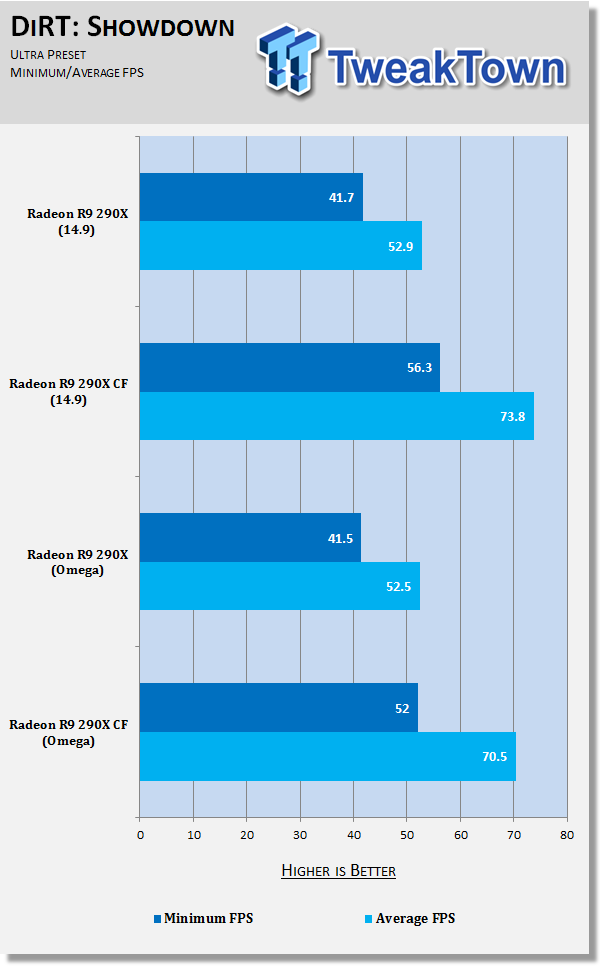 Single: The numbers barely change between the drivers on DiRT Showdown, with 0.2FPS less minimum FPS on the new drivers, and 0.4FPS less for average FPS.

Crossfire: The minimum FPS suffers with the new Omega drivers by 4.3FPS, while the average FPS drops 3.3FPS. Not bad, but not good, either. 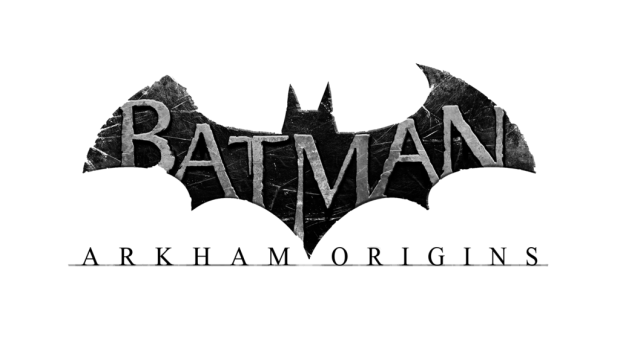 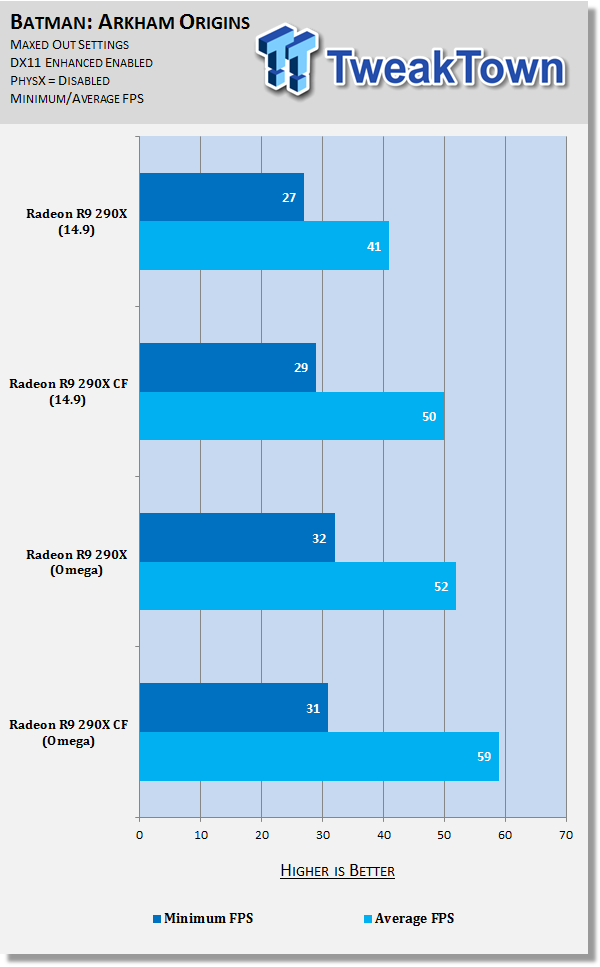 Single: Some big improvements for Batman: Arkham Origins on the Catalyst Omega suite with a single R9 290X. We see 27FPS minimum on the older drivers turn into 32FPS on the Omega drivers while the average leaps from 41FPS at 4K, to a huge 52FPS. Some nice gains for B:AO.

Crossfire: Some more impressive results, with only a 2FPS increase on the minimum FPS, but a massive 9FPS leap on the average FPS for Batman: Arkham Origins.

Crossfire: The minimum FPS might not have increased, at all, but the average FPS increased from 31.3FPS to 35FPS. This represents over 10%, which is great.

There's some slightly better results at 4K than there was at 1080p with the new drivers from AMD, but still nothing absolutely game changing.

The new AMD Catalyst Omega drivers didn't really provide a massive jump in performance at 4K, but there are games that benefited from AMD's latest herbs and spices that have been mixed into the Omega drivers. Even with one of the most powerful AMD Radeon setups money can buy, two R9 290Xs in Crossfire, and one of the highest resolution setups you can buy, 4K, we still don't see a giant leap in performance.

But, that's not the entire point of the Catalyst Omega set of drivers. Sure, performance improvements are normally expected, but these drivers are a nice surprise for Radeon owners going into the holidays, with so many games being released, and second, there are a few nice new technologies and features that I think are better talking points of the Omega set of drivers.

That being said, the new drivers are super stable, and definitely worth getting if you've got a new Radeon GPU sitting in your PC.