We found 26 items for the tag: ZBOX

The PI320 from ZOTAC measures in at about the same size as a pack of cigarettes, so portability is covered. But how does it perform? Trace investigates.

For something that fits in your hand, Zotac has crammed quite the kit of PC in its new ZBOX.

Zotac is confident that its E series with Iro Pro 5200 integrated graphics is perfect for smooth medium quality PC gaming. 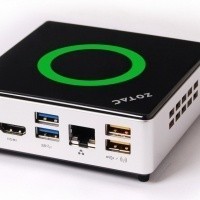 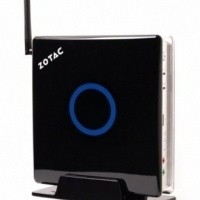 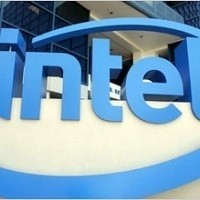 Today we take a look at ZOTAC's new Blu-ray equipped mini-HTPC, the ZBOXHD-ID34BR.

Today we assemble and test the Zotac ZBOX not-quite-a-barebones mini-PC and see how it performs and how it works.

ZOTAC recently launched its lineup of ZBOX nettops and today we get up, close and personal with one featuring the Atom D510 and ION2.