We found 28 items for the tag: WARFRAME

Warframe loading times have been cut in half on PS5 thanks to memory allocation threading tweaks and ultra-fast PCIe 4.0 SSD tech.

Now beholden to Tencent, Warframe developer Digital Extremes may be branching out into cloud-based games for streaming platforms.

NEWS
Warframe graphical upgrades are coming, RTX and DLSS could be used

Digital Extremes teases that NVIDIA RTX and DLSS visual upgrades could be coming to Warframe, with an updated rendering engine.

ASK THE EXPERTS
Is my PC good for games like Valorant, Destiny 2, LoL, and others?

Ask the Experts: Andre from Austria wants to know if his gaming PC is good to go for games like Valorant, Rainbow Six Siege, and League of Legends.

Sony could soon own the Warframe franchise and fold it into its first-party PlayStation lineup.

TennoCon 2019 has expanded the minds of WarFrame players with new content and cinematic announcements.

Warframe for the Nintendo Switch has now been updated to bring fixes to control movements and more.

NEWS
Warframe: Fortuna the Profit-Taker debuts to PC, out now

Take down the first Orb Mother in Warframes Fortuna 'The Profit-Taker' update, out now on PC.

The lastest Warframe update has blessed the game with a brand new concurrent Steam player record.

The 2nd open world has been revealed for Warframe and will be released to players on PC this week.

Panic Button the porting company bringing Warframe to the Nintendo Switch has given the title some performance improvements.

NEWS
Panic Button will bring Warframe to the Nintendo Switch

Panic Button will be bringing Warframe to the Nintendo Switch, reveal trailer released at TennoCon 2018. 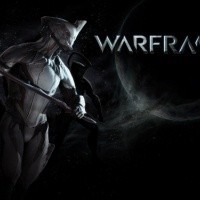