We found 8 items for the tag: WAL-MART

WalMart will match online prices for in-store sales, as a sales tactic to try to battle Amazon and other major e-tailers.

Both WalMart and GameStop will sell Call of Duty: Advanced Warfare 24 hours earlier than rival retailers.

Wal-Mart offers an option of either in-store credits or cash in exchange for your gaming consoles, games and its accessories that you wish to sell. 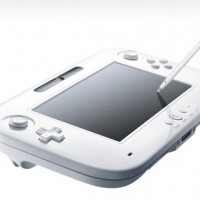 NEWS
Take a test drive of the new Wii U before buying at over 5,000 kiosks

Nintendo issuing 5,000 Wii U kiosks so customers can test drive the system before buying.

Apple heading off tablet competition at the pass.

NEWS
Wal-Mart throws their hat into the prepaid mobile game

Not sure whose image will get the worst of it.