We found 158 items for the tag: VR GAMING

'Car Flip' - one of the more impressive VR demos available, shown off at NVIDIA Editor's Day 2014 by Epic Games.

NVIDIA announces VR Direct, low-latency VR with SLI, DSR, MFAA and other technologies to make the VR experience much better.

Even after spending $2 billion on Oculus VR, Facebook commits to its acquisition and will 'continue investing heavily' into the VR star.

Cyberith has its Virtualizer on Kickstarter right now, at $699 for early backers.

Reload Studios, a new VR-focused studio from some of the ex developers of Infinity Ward. 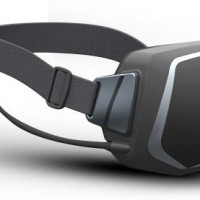 DICE are looking into Oculus Rift, might support it in the future.