We found 18 items for the tag: VALVE STEAM

If you remember Maniac Mansion, you're awesome - but more importantly, it's now available on Steam!

NEWS
Steam's library of games is growing quicker every year

NEWS
Valve: 'no special exemptions' for No Man's Sky refunds

Valve puts its foot down in regards to No Man's Sky refunds.

Facebook's new PC gaming platform has been detailed, could compete against Steam.

Steam for Android user? Valve has updated it to v2.0, including a new UI and much more.

It looks like DOTA 2 fans were playing in large numbers over the Valentine's Day weekend, with 1 million concurrent users.

NEWS
Valve has added Steam Broadcasting to Steam, bursts out of beta form

Steam Broadcasting has broken out of beta, has been officially added to Steam.

In an attempt to stop malware from wiping users' inventory, Valve adds CAPTCHA test to Steam.

Steam now has an in-game FPS counter, making it super simple to keep an eye on your frame rate.

Valve kicks off its 2014 Steam Holiday Sales, with countless games on sale through to January 2, 2015.

With the financial crisis unfolding in Russia, Valve has stopped gamers from cashing in on cheap games by region locking titles in the country.

Steam Broadcasting goes into beta, allows gamers to use Valve's service to livestream their games.

In a future release of Steam, Valve should offer gamers access to movies, TV series, videos, music and more.

NEWS
Steam has seen more games added this year, than the entire of 2013

Valve has seen more games added to Steam in the last five months than it did for the entire of last year.

Gabe Newell promises an AMA on Reddit if donations to a hospital hit $500,000. 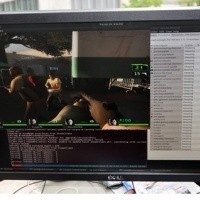 Steam for Linux limited beta to arrive next month.