We found 24 items for the tag: UNIVERSAL PICTURES

NEWS
Nintendo open to TV shows based on Mario, Metroid, Zelda, and more

Nintendo could make TV shows and even anime series based on of its hit IP, including Animal Crossing, Zelda, Mario, Metroid, etc.

The first 'Dolittle' trailer showcases Robert Downy Jr. finding out he can actually speak to animals.

Universal teases 30-second trailer to DOOM: Annihilation, and it looks... uh... yeah, about that.

Win a signed graphic novel and Blu-ray prize pack on us!

Fox wants in on the growing mobile boom, and plans to tie-in key studio-owned franchises like Avatar.

LG's upcoming OLED panels will be the first TVs to support both Dolby Atmos and Dolby Vision.

NEWS
The World of 'Warcraft' comes to Blu-ray, 4K in September

Anticipated sci-fi sequel looks to the stars to finds their man.

Live your life a quarter mile at a time. Again.

NEWS
Go backstage with 'Steve Jobs' in our Blu-ray giveaway

Take home the acclaimed biopic on us.

NEWS
Tom Cruise to fight 'The Mummy' in franchise reboot

Brendan Fraser (remember him?) is out, Cruise is in.

Fans will have to wait a little longer to Azeroth on the big screen.

NEWS
'Furious 7' races past $1B at the worldwide box office

Fitting that 'Furious 7' becomes the fastest film in history to reach the billion club. 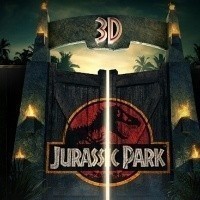 Here's what to expect for Jurassic Park on Blu-ray and in 3D.