We found 85 items for the tag: UNIVERSAL

Reboot planned as a trilogy from the beginning.

'Jurassic World' stars Chris Pratt and Bryce Dallas-Howard back on board.

Dino sequel lights up the box office like few before it.

"You just went and made a new dinosaur? Probably not a good idea."

One final tease before the monster hit is unleashed in cinemas worldwide this week.

Fans will have to wait a little longer to Azeroth on the big screen.

The park opens in just a few more weeks.

"This time it ain't just about being fast."

Worried about your nightly-charged Smartwatch? Check out this fancy universal charging station.

Universal attempting to be as authentic as possible, and that extends to the locations.

NEWS
Take home 'The Boxtrolls' on 3D Blu-ray, thanks to Universal Pictures

NEWS
'Jurassic World' teaser trailer roars out of the gate

The anticipation rises for what looks to be one of the biggest blockbusters in the making.

Like the man himself, will the Steve Jobs biopic make a comeback?

As close to a sure-thing as any CG animated project can be.

Thanks to Universal Sony Home Entertainment, we have a number of Blu-ray packs to give away.

"My dream is to one day play video games for a living."

LC Technology's Solid State Doctor SSD Utility Suite 3.0 does almost everything right. It's universal meaning it will work with just about any SSD.

"Do you happen to have a pair of birds that are... just friendly?"

"That's right, baby! Gru's back in the game with cool cars... gadgets... and weapons! 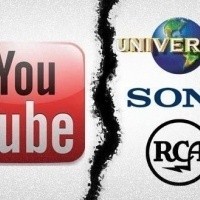 NEWS
YouTube gives UMG, Sony a holiday present - takes billions of views away from their videos

YouTube takes around two billion fake views from UMG, Sony in a bid to crack down on fake video view.

"The Lord works in mysterious ways."

"We're on a mission from God."

The PSU Doctor is in the hiz-ouse. We hand out the diagnosis this time, though, and give you our thoughts on the Dr.Power II.