We found 7 items for the tag: UFC

After originally going it alone without the UFC licence, EA comes to the party and releases a UFC affiliated game. Is this the UFC champion? Let's see.

An accused UFC pirate says he is unable to pay, suffers from mental illness, and is unsure what will happen to him next.

The No. 1 MMA promotion, the Ultimate Fighting Championship (UFC), has filed a $32 million in damages. 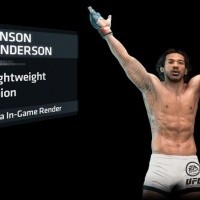