We found 6 items for the tag: TURTLE ROCK STUDIOS

'We are going back to our roots and at the same time innovating on them.'

Evolve was sinking, but since it went free-to-play, its playerbase has blown up by 13,630%

Turtle Rock Studios is working on an 'unannounced AAA IP' for PS4, Xbox One and PC...and it probably won't be Left 4 Dead 3. 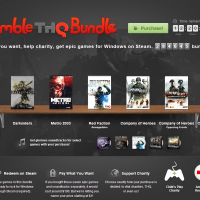