We found 33 items for the tag: TURTLE BEACH

Turtle Beach has released the Recon controller that comes with audio enhancements, but is it worth the $59.99 price tag?

A world famous comet that was once landed on by the European Space Agency is making an extremely fast approach towards Earth.

We are taking a very close look at ROCCAT's Elo 7.1 Air wireless gaming headset. Did ROCCAT take the crown for the $99 price slot?

Turtle Beach has released a new iteration of the popular gaming headset Stealth 600, and the Gen 2 comes with many improvements.

Turtle Beach's $100 Stealth 600 has arrived in our test lab. Let's see if it's going to be your next wireless headset pick up.

Turtle Beach has announced a second-generation its Stealth 600 gaming headset, it comes with a refreshed design and USB-C charging.

Turtle Beach has announced that they have reached a massive sales milestone of 30 million units shipped.

NEWS
Nintendo, Microsoft and Sony will be at E3 2016, along with many more

The ESA has finally published it's full list of E3 2016 exhibitors, giving us an idea of what's in store for the show.

Interested in a pair of Star Wars-themed gaming headphones?

Is this a shout out to memes or not? Turtle Beach announces its wireless Xbox One headset called the 420X.

Turtle Beach is back with not a sound card this time, but a kick-ass gaming headset. Let's take a close look at the Ear Force Z SEVEN. 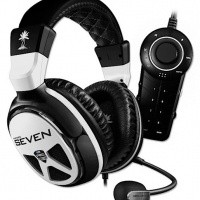 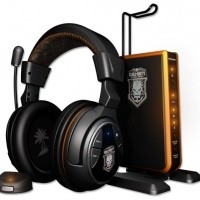