We found 28 items for the tag: TRANSFORMERS

NEWS
Hasbro's new Transformers toy transforms on its own, costs $700

Hasbro's new $700 Optimus Prime Auto-Converting Programmable Advanced Robot is a new Transformer that transforms all on its own!

Unregulated monetization leads to insane spending in mobile games, even ones you've never heard about.

NEWS
Sting like a 'Bumblebee' for our 'Transformers' Blu-ray give

Take home the heart warming action adventure on us!

NEWS
Roll out for our 'Transformers' Blu-ray giveaway!

Take home the latest instalment in the explosive sci-fi series on us.

Like the 'Human Centipede' of movie production lines, 'The Last Knight' is yet another example of why we can't have nice things.

Get ready to transform and roll out.... again.

What crazy alternate universe are we living in?

Michael Bay gets out of his comfort zone.

Get ready to transform and roll out... again.

NEWS
Michael Bay to direct 'Transformers 5' after all

Hasbro and Paramount don't want to leave any money on the table.

NEWS
Mark Wahlberg will be back for 'Transformers 5' after all

And he's confident Michael Bay will be joining him.

"A new era has begun. The age of the Transformers is over."

Before Transformers: Age of Extinction is even released into cinemas, Paramount announces Transformers 5 for 2016. 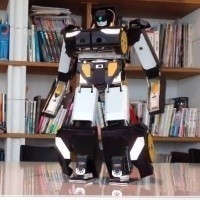 Transformers 4 is coming, but will Michael Bay direct?

Nintendo's Q2 will see Zelda, Karaoke, every action movie to all systems.

TRANSFORMERS MMO coming in 2012, brought to you by NOT Michael Bay.