We found 15 items for the tag: TOKYO

NEWS
You may live inside a floating PS5-like house, says Sony in video

Sony has proposed a new form of futuristic living that many people could adopt in years down the line - a 'floating habitat'.

Plans have been unveiled for the construction of a new $400 billion United States city that's slated to be built in a desert.

The 2021 Tokyo Olympics have kicked off, and during the openings, drones were programmed to create the place we call home.

Venus Aerospace Corp is pursuing the development of a spaceplane that will take people from Los Angeles to Tokyo in an hour.

Rio hands over to Tokyo for 2020 Olympic Games.

"This world should just be destroyed." 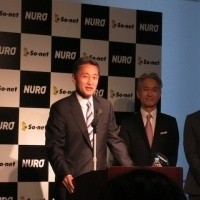