We found 6 items for the tag: THE MOON

NASA has been funded up to get technology onto the surface of the moon, with plans to get 4G internet access installed by 2028.

Apollo 11 astronauts didn't just cruise around on the Moon, they laid the groundwork for science we still find utility in today.

NEWS
NASA connects the Moon to the internet

NASA and MIT technicians have collaborated to equip the lunar surface with a pretty acceptable internet connection. 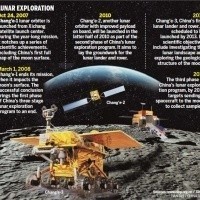 NEWS
China to land exploratory craft on the Moon in 2013

China are set to land an exploratory craft on the Moon next year.

By looking 40 years into the future.