We found 3 items for the tag: THE GUARDIAN

The Guardian editor who leaked Edward Snowden's information on GCHQ gets threatened with terrorism charges. 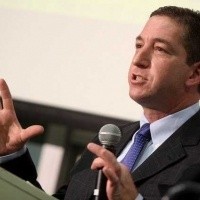 Glenn Greenwald says the NSA can record and store over one billion cell phone calls each day.