We found 3 items for the tag: TERRORISTS

Pentagon trying to track down terrorists using the Dark Web.

The western world has struggled to combat the Islamic State, but the battle is heading online, where IS has largely succeeded. 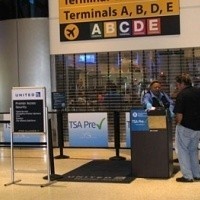 Airline boarding pass barcodes not encrypted, could allow terrorists to know security ahead of fligh.