We found 19 items for the tag: TERRORISM

A group of teenagers constructed Russian government buildings in Minecraft to explode them, now one is charged with 'terrorism'.

Australia has begun their fight against terrorism related videos/content being distributed online.

NEWS
Twitter has shut down over 125,000 accounts for promoting terrorism

How do we stop drones potentially used as IEDs?

An Islamic cleric, whose probation ends in one month allowing him greater access online, has provided a digital look at Islamic extremism online.

The Anonymous hacker collective is taking aim at ISIS, calling the terrorist group a 'virus'

To help prevent terrorism, governments and tech companies must get along, ex-UK spy chief claims.

An Islamic extremist group commander reportedly was found using LinkedIn to try to create new network connections, interact with others.

ISIS continues its evolving social media recruitment campaign, even trying to appeal to angry protesters in Ferguson, across the US

Allies of the ISIS terrorist group fighting in Syria and Iraq are reportedly launching cyberattacks.

Terrorist groups are finding success using social media to spread gruesome images and videos, even as accounts are purged.

Trying to boot the Islamic State off Diaspora will be a difficult challenge, but one that project coders hope to make happen. 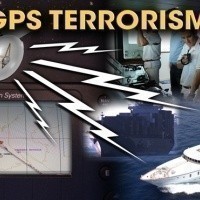 NEWS
Using just basic tools, all GPS units across the world can be hacked

The world's GPS system has a massive security flaw and is open to hacks.

NEWS
Google says Google maps not a tool for terror

Terrorist would have just used something else.