We found 4 items for the tag: TELEPORTATION

Researchers have successfully used holoportation to seamlessly transport individuals from Ontario to Alabama and vice versa.

NASA has worked with AEXA Aerospace and Microsoft to use 'holoportation' to teleport holograms of people onto the space station. 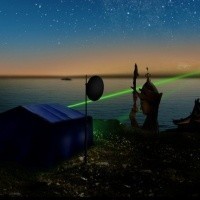