We found 9 items for the tag: TELECOM

NEWS
Aussie cloud service gets the tick to serve its government

Aussie cloud services company gets the tick to service its government - Is this good or bad? You decide.

The Deutsche Telekom CEO isn't happy with the lack of regulation for large-scale companies like Facebook and Google. 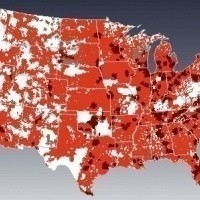 NEWS
Verizon 4G LTE network will spread its networking tentacles to more than 2/3 of Americans, starts on April 19

Verizon to flick the switch to 'on' for their 4G LTE service, will cover 2/3 of Americans starting o.