We found 5 items for the tag: TED

Elon Musk has put forward an offer of more than $40 billion to buy Twitter, and hours after making the offer, he explained why.

The bear comes back this June. 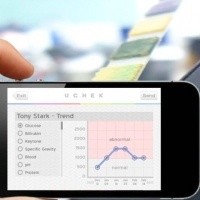 iOS app check your health by analyzing your urine by taking pictures of a test strip.