We found 8 items for the tag: TATOOINE

A new trailer for Star Wars Battlefront shows off the new Outer Rim DLC and goes through the new maps. Missing, however, is the extraction mode.

Rice University researchers have been observing the actual formation of a new planet in a binary star system not too far away. Tatooine in the making.

New content for Star Wars Battlefront has been teased by a video from EA Brazil, and the best part is that it's all free. New maps and more.

The town of Tataouine enjoyed 'Star Wars' tourism, but not anymore.

Behind the scenes of a deleted scene.

Great backer prizes also include an advance screening for you and 19 friends - for just $50,000 USD. 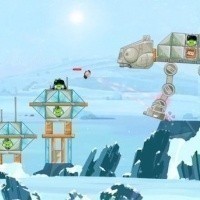 Rovio has released another trailer, this time it features actual gameplay from Angry Birds Star Wars.