We found 6 items for the tag: TAKEN

Draven Rodriguez, the teenage creator of the 'laser cat' meme has passed away.

Taylor Swift is on the offensive - fighting hackers who claim to have nude images of her.

NEWS
Liam Neeson would like to return in 'Star Wars' sequels

Time has apparently allowed him to forgot the bad time on the 'Phantom Menace' set.

Africa is about to get a new tallest building, one that looks quite like Sauron's tower from Lord of the Rings. 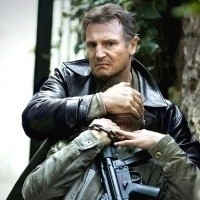 It looks like Liam Neeson may be a bad parent, Taken 3 looks to be a go.