We found 7 items for the tag: STREAMING TV

CBS' CEO says that there haven't been any new talks about streaming content from their library to Apple devices in some time.

HBO and Showtime are working with ISPs and the government to see if they can get custom deal.

New report says Apple will launch a streaming TV service by the end of the year. 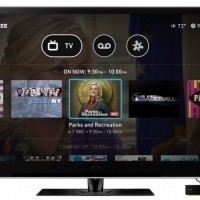 Netflix by the end of the year; Hulu Plus hopefully soon after.