We found 4 items for the tag: STREAMER

Elgato's new flagship microphone, the WAVE 3, may have just taken the crown for best streaming and content creation microphone aimed at beginners.

NEWS
How much do Twitch TV streamers really make? Here's an answer

An analyst tells us how much Twitch TV streamers really make each month. 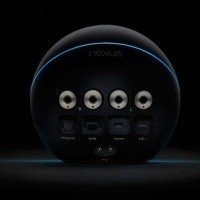 Google delays Nexus Q to "make it better", but is sending a free device to those who pre-ordered it.