We found 11 items for the tag: STORAGE VISIONS

NEWS
LaCie teams with Porsche on USB-C external drives, with up to 8TB

We talk with the Outlook Foundation about their mission to help empower under-resourced youth to have the tools needed for STEM education.

Transporter shows off their home cloud storage solutions that they had on display at Storage Visions 2014. 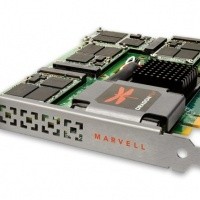 Burn it, flood it, crush it and more.

Crucial gets (more) serious with SSDs.