We found 12 items for the tag: STAPLES

Obsidian's new singleplayer sci-fi RPG won't have tons of tedium like most of today's games.

If you liked New Vegas and the original Fallout cRPGs, you should like Obsidian's new sci-fi game.

League of Legends World Championship Finals 2016 kicks off this weekend.

NEWS
League of Legends 2016 World Championship, this fall in the US

Riot Games announces League of Legends 2016 World Championships will kick off in the US this fall.

NEWS
Android Pay pushed live to over one million US locations

Android Pay has been rolled out to one million US locations with GameStop, Macy's and Staples all on board.

Staples is the latest U.S. company hit by a data breach, with customers in the Northeast targeted, according to reports. 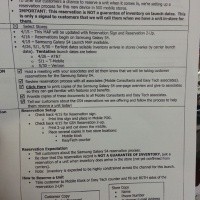