We found 9 items for the tag: STALKER 2

GSC Game World teases STALKER 2 has a new protagonist, Skif, who will 'shape the new grand chapter in the history of the Zone'.

STALKER 2 official in-engine gameplay teaser shown off, with GSC Game World really ringing out the end of 2020 with a big bang.

NEWS
STALKER 2 is powered Unreal Engine, so it's better for modders

NEWS
STALKER 2 will NOT have battle royale, possibly ray tracing

STALKER 2 will use the best technology available to look 'really modern', might feature ray tracing tech. 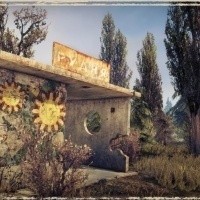 NEWS
Survarium, a survival MMOFPS from the developers of S.T.A.L.K.E.R.