We found 14 items for the tag: SPYWARE

Reddit CEO has warned the public of TikTok, saying it's 'parasitic', 'spyware' and ultimately 'terrifying'

NEWS
Kaspersky: the NSA has backdoors in Seagate and WD HDD firmware

It looks like Western Digital and Seagate are just agents of the NSA, with spying backdoors installed into their HDDs firmware according to Kaspersky.

ARTICLES
Security expert: Regin is scary and companies should be on alert

Cybersecurity companies are outlining additional details about the sophisticated Regin spyware malware, but no one has a complete picture just yet.

The Regin malware was very well written, and it appears the NSA and/or GCHQ could be behind it, reports now indicate.

Amnesty International releases Detekt, a new free, open source anti-surveillance tool that allows users know if they are being targeted by government spies.

Chinese manufacturer Star's N9500 device has been blacklisted by eBay after malware was found pre-installed on the devices.

Norton Mobile Security is here to protect your smartphone and everything in it. Let's take a close look at what it does. 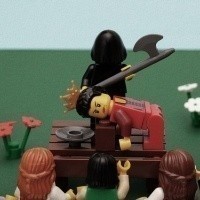 NEWS
US entertainment industry wants Congress to give them permission to install rootkits, spyware, ransomware and trojans to consumers' PCs to 'attack pirates'

US entertainment industry is pushing Congress to do some shocking things.

Why go into all the trouble of troubleshooting and repairing software problems when you can just undo them all in mere seconds at the next reboot? Let's discuss Rollback RX.

When it comes to Light Virtualization very few programs perform as well as Shadow Defender. This lightweight program is easy to use, bloat-free, and light on system resources; yet it possesses the power...