We found 14 items for the tag: SPONSOR

There has been a recent rise in gaming chairs, but what sets them apart from normal chairs? Here's Chris' thoughts on the DXRacer King Series.

How do you get and hold a sponsorship in gaming? It's simple - Live events. Read on to find out what we mean.

PRESS RELEASE
NVIDIA to sponsor ESL One and more! 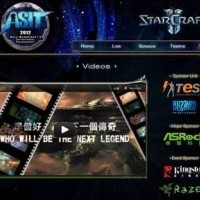 Futuremark announces 3DMark 11 and launches the OC competition with MSI.