We found 7 items for the tag: SPACE X

Elon Musk will appear in front of a US District Court for a slander lawsuit filed against him.

Elon Musk has revealed the sheer amount of power his Super Heavy Rocket will have available. Propulsion is a big GO!

SpaceX's Falcon 9 successfully achieved soft touchdown into the ocean but was lost due to stormy seas, still considered a major advancement in space tech.

Despite recent troubles with Tesla Motors, Elon Musk gets named as Fortune Magazine's Businessperson of the Year for 2013. 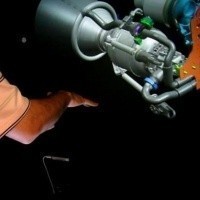